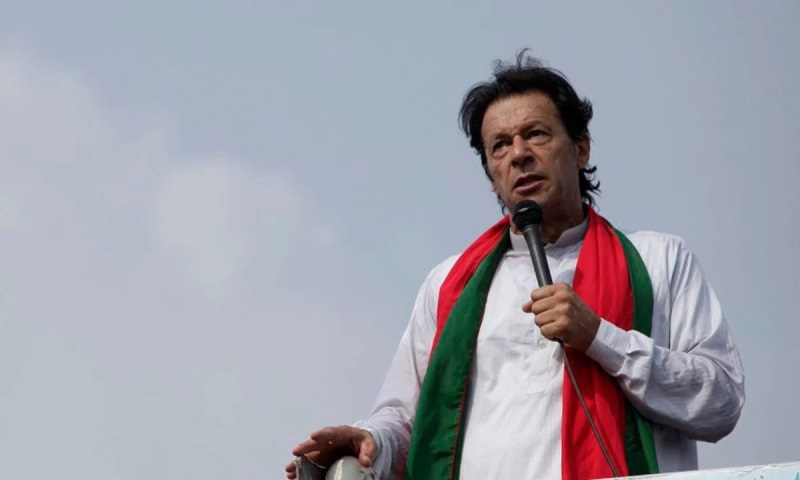 Former Pakistani Prime Minister Imran Khan has once again praised India for standing firm in the face of US pressure as he attacked the West for criticizing India for buying discounted Russian crude.

Imran Khan even used a video clip to relate an incident where Indian External Affairs minister S Jaishankar gave his two cents when asked if India was not funding Moscow's war on Ukraine by increasing its oil imports from Russia.

Addressing a huge crowd in Lahore, Khan played a video clip showing S Jaishankar responding to questions at Bratislava Forum held in Slovakia and lauded him for not being cowed down by the US pressure over buying cheap oil from Russia.

"If India which got independence at the same time as Pakistan and if New Delhi can take a firm stand and make their foreign policy as per the need of its people then who are they (Prime Minister Shehbaz Sharif government) who are towing the line," Imran Khan said at the gathering, reported ANI.

"They (US) ordered India to not buy oil from Russia. India is US' strategic ally, Pakistan is not. Let us see what India's Foreign Minister said when the US asked them not to buy Russian oil," he said.

"Jaishankar is telling them who are you? Jaishakar said that Europe is buying gas from Russia and we will buy it as people need it. This is what an independent country is ('yeh hoti hai azad haqumat')," he said while praising India.

A video of Imran Khan's public address at Lahore Jalsa on June 3, where he played the video clip, was shared by several media outlets.

"We had spoken to Russia about buying cheaper oil but this government has no courage to say no to US pressure. Fuel prices are skyrocketing, people are below the poverty line. I am against this slavery," he said.

Jaishankar had made his remarks referred to by Imran Khan at the GLOBSEC 2022 Bratislava Forum held in Slovakia on the topic 'Taking Friendship to the Next Level: Allies in the Indo-Pacific Region'.

He had hit back at the unfair criticism against India for oil purchases from Russia amid the Ukraine War and the subsequent sanctions that have left the global economy in the lurch.

While defending India, he had questioned why Europe continues to import gas from Russia amid the Ukraine war, and underscored that it should be understood how the Ukraine War is impacting the developing countries.