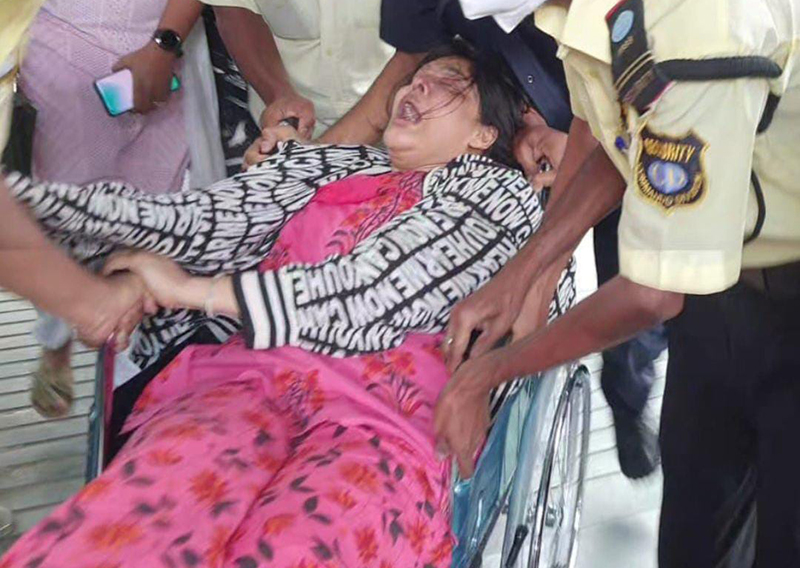 Arpita refused to comply when asked to step out of the vehicle in which she was brought. And, when the security forces tried to get her out, she wailed and protested, flapping her arms to ward off the security personnel.

When the security forces finally managed to bring her out of the car, she sat on the ground.

Partha Chatterjee was also in a wheelchair but was taken in before Arpita.

"I am a victim of a conspiracy," he said to the media assembled there while going in.

The teacher recruitment scam traces back to the time when he was the state's education minister.