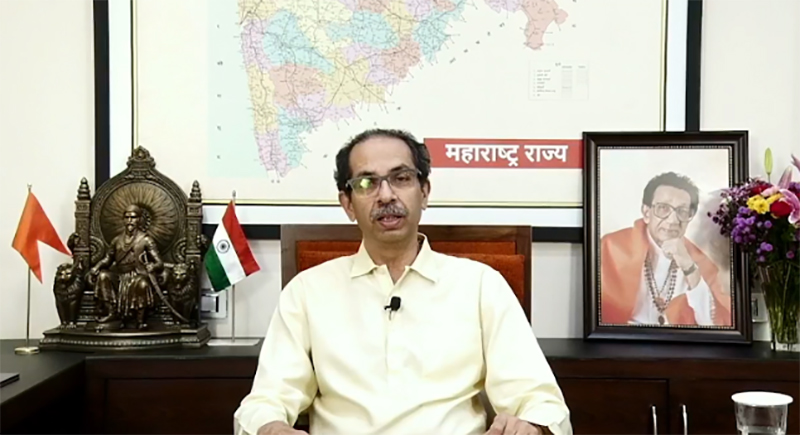 Uddhav Thackeray, Maharashtra chief minister and Shiv Sena chief, Friday asked the rebel MLAs how they would take their agenda forward without the names of "Shiv Sena" and "Thackeray".

Addressing a virtual party meet, he said the rebels were aiming to break the party and added that he had no reason to feel bad about those who had left.

Thackeray has been reduced to a minority in his own party following a sudden revolt by 34 MLAs, whose number grew to 41 yesterday.

He along with his son Aditya Thackeray met the district heads of Shiv Sena as they desperately struggle to hold on to the reins of the party amid growing support of MLAs and even party MPs for Eknath Shinde-led rebellion.

Targetting the rebels, Uddhav Thackeray said those who had declared they would die before leaving Shiv Sena had run away.