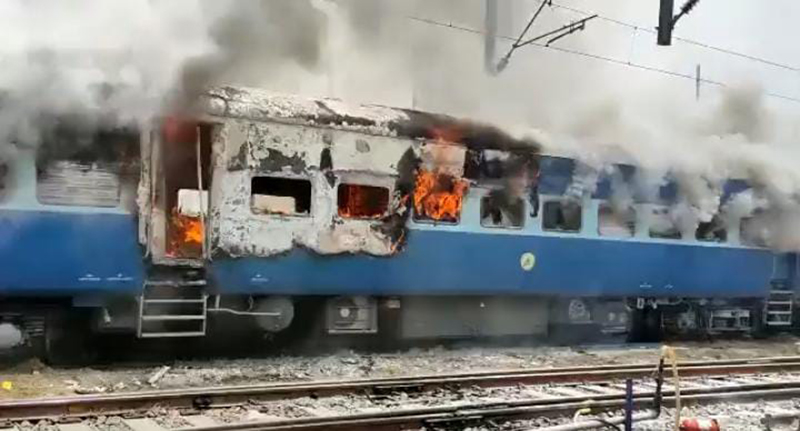 Patna/IBNS: Massive violent agitation rocked various parts of the eastern state of Bihar where buses were vandalised and trains set on fire in protest against the central government's new army recruitment scheme, dubbed as Agnipath.

In some of the pictures accessed by India Blooms, trains and buses were vandalised and some of them were set on fire by the protesters, disrupting the rail and road traffic.

A train was set ablaze at Bhabua Road, reports said.

The protesters are mostly believed to be the Army aspirants.

"We prepared for long and now they have brought ToD (Tour of Duty) as a 4-year job. We do not want that but the old recruitment process," a protester said as quoted by Times Now.

What is Agnipath scheme?

The scheme proposes the recruitment of jawans for a period of four years on a contractual basis.

The period will be followed by compulsory retirement without gratuity or pension for most.