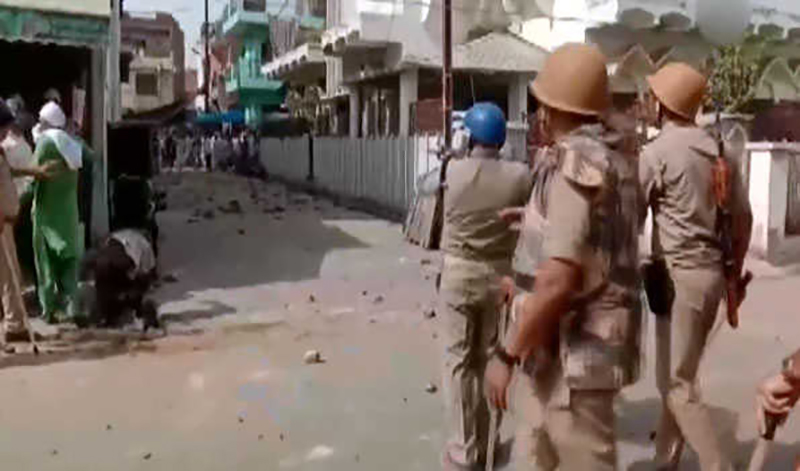 Prayagraj/UNI/IBNS: The mastermind of post-Friday namaz violence in Prayagraj Mohammad Javed alias Javed Pump has been detained by police, a senior UP Police officer informed on Saturday.

The violence had erupted in the Atala area of Prayagraj, Uttar Pradesh over Nupur Sharma's comments on Prophet Mohammad, as per media reports

Accountability of all accused will be fixed and they will also be booked under the Gangster Act and National Security Act (NSA).

Illegal properties of the accused will be identified and demolished, the police said.

Senior Superintendent of Police (SSP) at Prayagraj Ajay Kumar said that within 24 hours the mastermind of violence in the Atala Bagh area, Javed Pump, has been identified and detained.

"He is being interrogated. During investigation after the violence Javed's name cropped up as the key planner of the arson and violence," he said.

Kumar said that during investigation it also came to light that Javed played an important role during the protest against the Citizen (Amendment) Act. His mobile has been seized and is being analysed.

"Preliminary probe revealed that Javed's daughter, who studies in Jawaharlal Nehru University (JNU), used to give him advice on several issues," he said.

He clarified that giving advice is not a crime, but following the legal process if required other people related with such activities of Javed will also be questioned.

"On Friday after the namaaz passed off peacefully some people created disturbance in the lanes and bylanes. Three cases have been lodged against 70 named and 5,000 unnamed people under 29 serious sections at Khuldabad police station. Of these 68 people have been detained so far," he added.

The SSP said that those who have been detained are being questioned and evidence of their involvement in the violence are being collected.

"Accountability of the suspected accused will be fixed and they will be sent to jail. They will also be book under the Gangster Act and National Security Act (NSA). Illegal properties of the accused will be identified and will be demolished," he said.

Kumar said that the role of people associated with certain organisations, including AIMIM, is being under scanner. "There is peace after Friday's violence and the police and the administration is maintaining a close vigil on the situation," he further said.