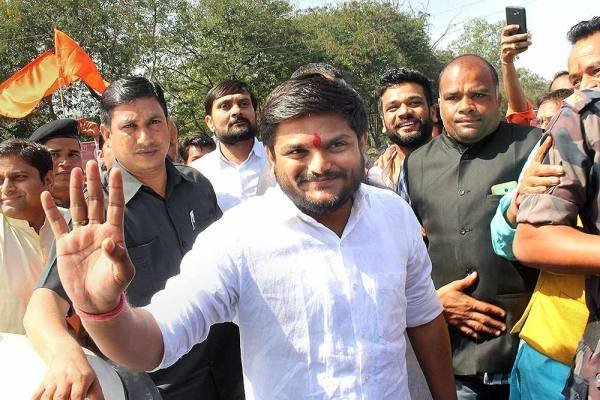 Will be a foot soldier of PM Modi, says Hardik Patel

Ahmedabad/UNI: Patidar leader Hardik Patel on Thursday said he will work as a foot soldier of Prime Minister Narendra Modi, ahead of joining the Bharatiya Janata Party.

In a tweet on Thursday morning, Patel, who recently quit Congress, said, "I am going to start a new chapter today with the sentiment of national interest, state interest, public interest and social interest in mind".

"I will work as a foot soldier in service to the nation under the leadership of Prime Minister of India, Shri Narendra Bhai Modi," he said.

Months ahead of the Gujarat election, Patel had quit the Congress on May 18, and slammed the "senior leadership" of the party in his resignation letter directed to the Congress President.

He had also mentioned in his resignation letter, his dissatisfaction with the Congress' stand on issues like Ram Mandir, revocation of Article 370 from Jammu and Kashmir, and implementation of GST.

He played a key role in organising several rallies across Gujarat on the issue of reservation for the Patel community.

The protests also turned violent, forcing the Gujarat government to impose a curfew and call in the Indian Army.

The then Chief Minister Anandiben Patel had to step down from her post due to the agitations. The cases against him included a sedition charge.