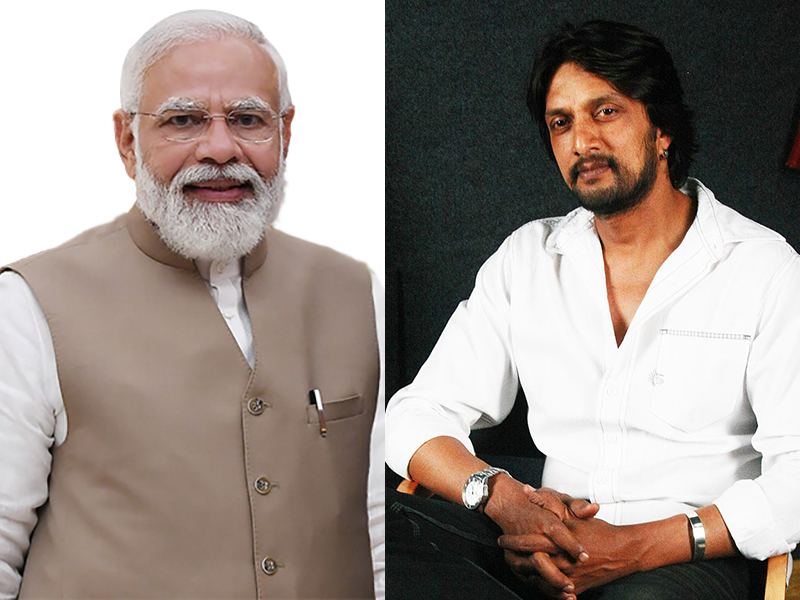 New Delhi: Kannada actor  Kichcha Sudeep, who had responded strongly to his Bollywood peer Ajay Devgan's comments on Hindi, setting off a fresh debate on the supremacy of the language, Friday praised Prime Minister Narendra Modi's remarks on the importance of all Indian languages.

"I didn't mean to start any riot or any kind of debate. It just so happened without an agenda. It was an opinion I voiced. It was an honour and a privilege to see the certain lines come out of the Prime Minister's mouth," he told NDTV in an interview.

"Everybody who looks upon their language with regard and respect, it's an overwhelming thing to see him speak this way," Kichcha Sudeep said.

"It is a warm welcome towards all languages. I am not just representing only Kannada, I'm talking about... everybody's mother tongue has been respected today with those few statements from the Prime Minister and that is where I was coming from that day. We don't look at Narendra Modi as just a politician, we look at him as a leader as well," he added.

Last month, Bollywood star Ajay Devgan's claim that "Hindi was, is, and will always be our mother tongue and national language", had raised many eyebrows, especially among the people, whose mother tongue is not Hindi.

After the online exchange between Devgan and Sudeep, a nationwide debate ensued on the primacy of languages in the country.

"I was not trying to take on anyone. I have the right to say what my opinions are when it comes to certain topics," he said on Friday.

"Giving priority to local languages in the National Education Policy manifests our commitment to all regional languages. The BJP considers Indian languages the soul of Bharatiyata and the link to a better future for the country," he said.

"I want to mention this especially because attempts have been made in the recent past to create new controversies based on language. We have to constantly alert the people of the country about this," the Prime Minister said.