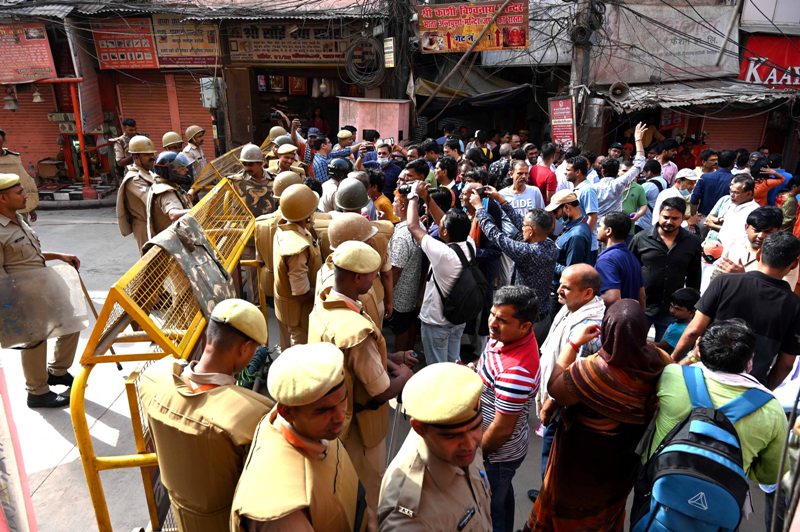 New Delhi/INS: A court in Varanasi has sacked a top government official involved in filming the Gyanvapi mosque complex and has given a two-day extension to submit the report on the matter.

The commissioner tasked with the job, Ajay Mishra, an advocate, was removed after lawyers representing the Hindu petitioners and the mosque respondents indulged in a heated argument in court on Tuesday over the leak of the survey findings to the media even before the report was submitted to the court.

On Monday, the five Hindu women petitioners claimed a "Shivling " was found near the pond used for 'Wazu ' inside the mosque complex during the court-mandated videography.

However, a committee member of the mosque management disputed the claim, saying the object was part of the water fountain mechanism at the reservoir where people carry out ablutions before offering namaz.

Ajay Mishra was sacked following a complaint by Vishal Singh, who is the new Chief Advocate Commissioner.

"I had given the petition regarding the conduct of Ajay Mishra. Ajay Mishra had appointed a videographer who was giving statements in the media and spreading rumours," he said.

"I am saying with full responsibility that my report will be fair," he added.

Mishra too admitted that the videographer he hired had leaked the details to the media.

However, he claimed that he got "cheated"."What can I do about it? I hired the photographer, he cheated," he said.

On May 12, the court rejected a plea to replace the advocate commissioner and ordered that the filming be completed by May 17.

However, on Tuesday, the commission tasked with the responsibility to do videography, sought more time to submit its report, saying it is yet to be compiled.

Meanwhile, the Supreme Court on Tuesday set aside a local court's order to ban large Muslim prayer gatherings in the mosque.

The top court, in an interim order, stated that the right to the prayer of Muslims should not be disturbed, and simultaneously, the area where Hindu religious relics were found, should be protected.