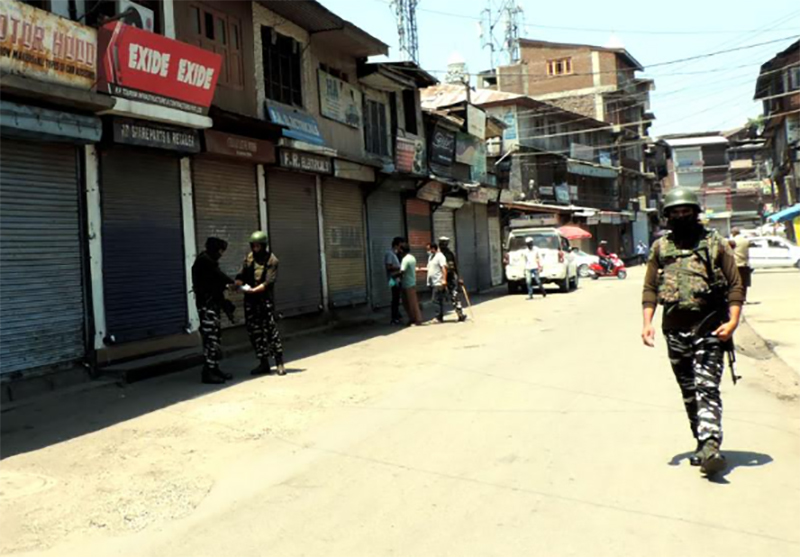 Srinagar: Security forces on Friday shot dead a top Hizbul Mujahideen commander, along with two others on the Amarnath Yatra route, in a major success just a day after the Delimitation Commission on Jammu and Kashmir submitted its final report.

Kashmir Inspector General of Police, Vijay Kumar said Ashraf Moulvi was one of oldest surviving militants of Hizbul, who was brought down along with two of his associates by the security forces in the upper reaches of the Anantnag district.

Mohammad Ashraf Khan alias Moulvi was killed at Sirchand Top in Pahalgam during the anti-militancy operation along with his associates.

"Ashraf Moulvi (one of oldest surviving #terrorist of HM #terror outfit) along with two other terrorists killed," IGP Kashmir was quoted in a police tweet.

Ashraf Molvi (one of oldest surviving #terrorist of HM #terror outfit) along with two other terrorists killed. #Successful #operation on yatra route is a major #success for us: IGP Kashmir https://t.co/k8uololRrT

The encounter took place at a time when Jammu and Kashmir is gearing up to host the Shri Amarnath Yatra, which is physically taking place after a two-year gap.

The encounter erupted at Sirchand Top in Pahalgam when security forces launched an anti-militancy operation.

The gunfight erupted as the team approached the spot.

The terrorists fired upon them which was retaliated.

In the gun battle, three terrorists were killed, a police officer said. Moulvi is said to have been active since 2016.