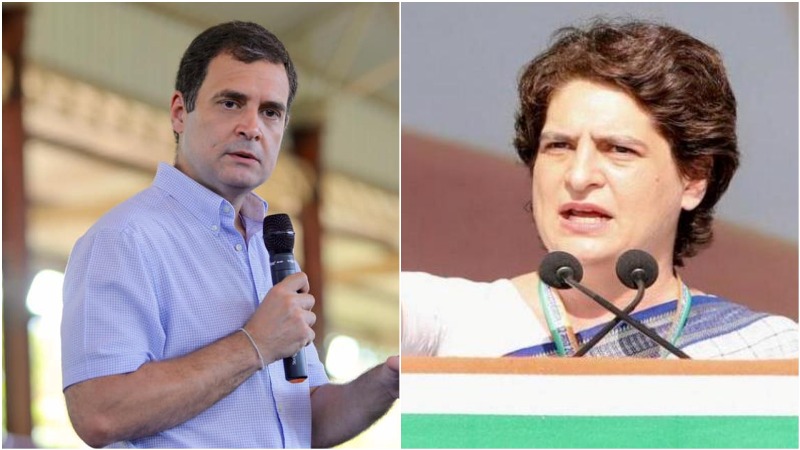 New Delhi/UNI: Congress leader Rahul Gandhi on Wednesday supported the students who were protesting against Railway exams in Bihar, but appealed to them to not resort to violence.

"Students, you are the hope of the country and your families. I am and will be on your side against the policies of the BJP government. But violence is not our way," Rahul Gandhi said in a tweet.

"If we can get our freedom through non-violence protests, why can't we get our rights," he said.

In another tweet, he said, "Every youth is free to raise their voice for their rights. Remind those who have forgotten that India is a democracy, it was a republic, it is a republic."

Congress General Secretary Priyanka Gandhi slammed the action taken against the students, stating: "Any amount of condemnation is less for the oppression of youth protesting Railway NTPC and Group D examination. Government should immediately talk to the youth and resolve their problems."

"The arrested students should be released. The order to ban protesters from getting a job should be taken back," she said.

She also appealed to the students to keep the protests peaceful. "I appeal to the protesting students, there is a lot of power in Satyagrah. Walk on the path of Satyagrah" she said.

Protests by students in Bihar against the Railway Recruitment Board's Non-Technical Popular Categories (RRB-NTPC) exam 2021 turned violent on Wednesday, and a train was set on fire while stones were pelted on another one.

Students have opposed the decision by the Railways to hold the exam in two stages, claiming that the second stage is unfair to those who have cleared the first stage, results for which were released on January 15.

Railway minister Ashwini Vaishnaw urged students not to destroy railway property and assured them that exams will be conducted in a transparent manner.