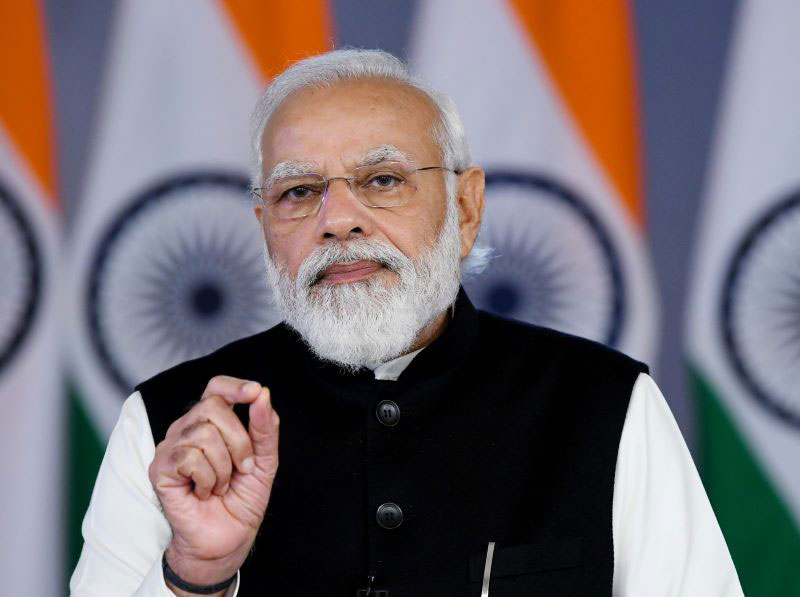 New Delhi/IBNS: Congress top leader and Lok Sabha MP Rahul Gandhi spent no extra time before taking a dig at Prime Minister Narendra Modi, who was caught off guard after his teleprompter malfunctioned during his virtual address to the World Economic Forum's Davos Summit on Monday.

Gandhi tweeted, "Even teleprompter could not bear so many lies."

The incident has reminded several netizens of Gandhi's old byte where he had said, "Narendra Modi cannot speak on his own. He reads a teleprompter which is operated by a controller from behind."

Since Monday night, #TeleprompterPM has been trending on micro-blogging site Twitter.

Modi had joined the world leaders on the first day of the five-day event on Monday.

Modi delivered a ‘State of the World’ special address via video conferencing where he said India has given a bouquet of hope to the entire globe.

"As I speak with you, India is tackling another wave of the pandemic with caution and confidence and moving ahead in the economic sphere with many hopeful results," Modi said.

He said that India as a strong democracy, "has given a bouquet of hope to mankind which comprises India's unwavering faith in democracy, technology that is empowering 21st century and talent and temperament of Indians."