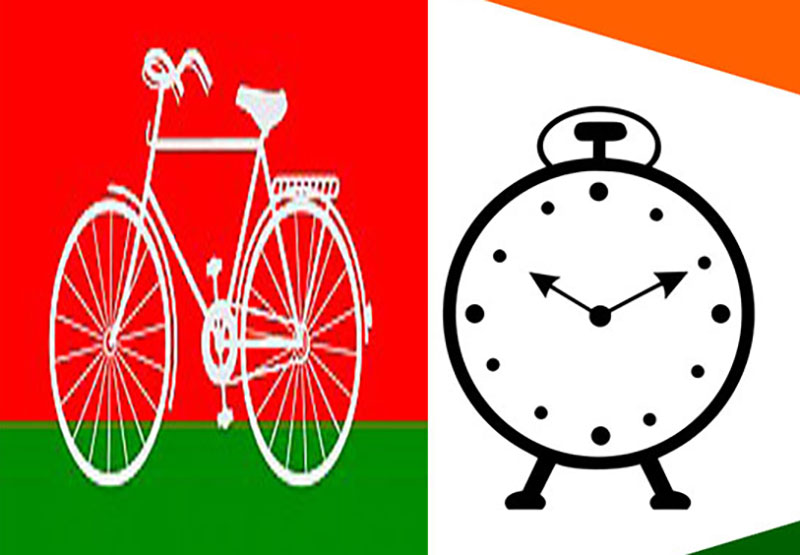 NCP joins hands with SP for UP polls

Mumbai/UNI: The Nationalist Congress Party (NCP) has made an alliance with Samajwadi Party (SP) in Uttar Pradesh for forthcoming assembly elections.

Talking to media persons, NCP spokesperson Nawab Malik on Saturday said, one seat was finalized and talks are on for other seats, he further said.

However, he refused to disclose how many seats NCP will contest the election in UP.

The current scenario in Uttar Pradesh,  Malik said it is similar to 1993 when BJP was ousted from power."

In the 1993 Uttar Pradesh elections, SP founder President Mulayam Singh Yadav had joined hands with the then Bahujan Samaj Party (BSP) chief Kanshi Ram to give a jolt to the BJP.

The SP-BSP combine formed the government with the support of other parties, even as the BJP had emerged as the single largest party at that time.

The NCP spokesperson said at present BJP regime was rejected by the people of the state, all community is going away from BJP.

Its leaders are also resigning from the party.

On being asked about the other two-state which NCP is going to contest, he said the party was already in alliance with the Congress party in Manipur, and in Goa, talks are underway with other parties as Congress has decided to go solo in the coastal state.