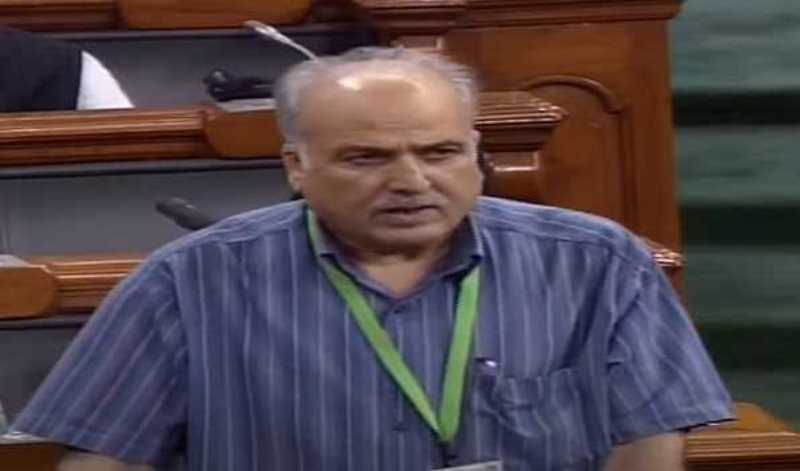 New Delhi/UNI: Lok Sabha MP from Jammu and Kashmir's Anantnag-Hasnain Masoodi-on Monday expressed sympathy towards the civilians, who were killed by security forces in Nagaland, adding that civilian killings in Jammu and Kashmir did not evoke a similar response

Masoodi, who did not get a chance to speak when other MPs spoke on the Nagaland incident, raised the issue later and said, "I express my sympathy on what happened in Nagaland on behalf of the people of Jammu and Kashmir, because we are going through a similar phase".

"In Hyderpora, civilian killings happened, before that it was in Lawaypora, Rambagh, Anantnag..., but nowhere a probe was done. There is a difference in our pain and theirs... Everyone spoke for them, no one speaks for us," Masoodi said.

Businessman Altaf Bhat and dental surgeon Mudasir Gul were killed in an anti-terrorist operation on a building complex in Hyderpora in November.

While Police initially said they were killed by terrorists, later it said they may have been killed in a crossfire. Lt Governor Manoj Sinha had constituted a magisterial inquiry in the incident.

Earlier, during the Question Hour, the Anantnag MP paid tribute to Architect of the Constitution BR Ambedkar on his death anniversary, and thanked him for granting special status to Jammu and Kashmir, evoking strong reactions from the Treasury Benches.

"I would pay my tribute to Baba Saheb, he gave special status to Jammu and Kashmir, which was unconstitutionally taken away on August 5 (2019)," said Massodi.

On Monday, former Jammu and Kashmir Chief Minister Mehbooba Mufti staged a dharna at Jantar Mantar in the state capital and said Kashmir has been turned into a "prison".

Thirteen civilians and a soldier were killed in Nagaland's Mon district after a security operation went awry on Saturday. Another civilian was killed during a protest in Mon city on Sunday.