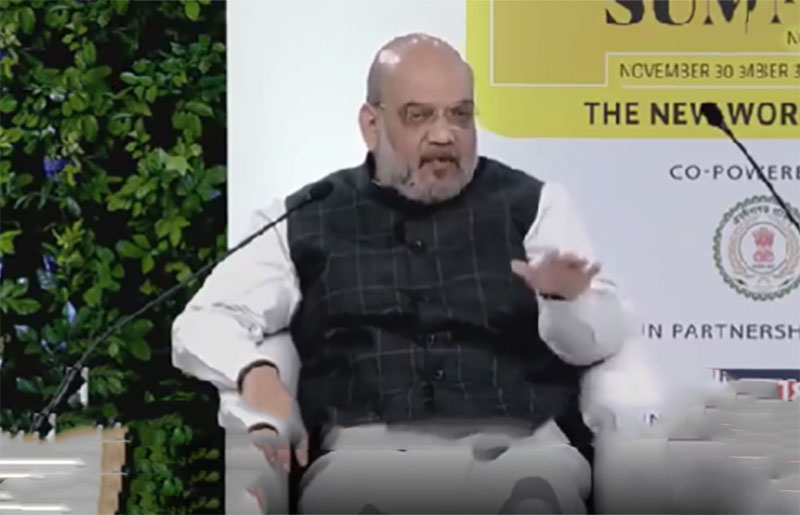 Article 370 had no connection with peace, will not be restored in J&K: Amit Shah

New Delhi/UNI: Union Home Minister Amit Shah Saturday said there is no connection between Article 370 and peace in Jammu and Kashmir, and hence, it will not be restored.

While replying to a question on the restoration of Article 370 which gave special status to Jammu and Kashmir, Shah pointed out that the law had been in existence for decades and it was there even in the 90s, but there was no peace at that time, which shows that Article 370 has no connection with peace.

The Union home minister was speaking at a media conclave here. He said, "Post August 5, 2019, the situation is gradually returning to normal in the Union Territory. The tourism sector is experiencing fast growth, and various development works are in progress to put the region growth track."

On statehood, the Shah said it will be restored after following a set process of Act and in an order - first, delimitation then elections will take place.

"Political parties are demanding restoration of statehood in Jammu and Kashmir first and conducting the elections later. However, the first step will be delimitation, second elections and then the statehood will be restored in Jammu and Kashmir. Some parties, however, don't want to follow the right order and deliberately want to create 'a political dispute,' " he said.

To questions asked on the anti-incumbency factor in the upcoming elections in Uttar Pradesh, Shah said, "It is inappropriate to calculate the arithmetic of votes from alliances. Earlier, an alliance of SP and Congress triggered speculations. People wondered 'what will happen now?' and afterwards when three parties came together, similar questions were asked again. But both times, the BJP won.

"I have recently visited six places in UP and received a huge response from people. On that basis, I assure you that we are going to get a thumping majority," he added.

On farmers' agitation, the Union Minister said, "Prime Minister Narendra Modi has shown courage and repealed three farm laws to end the farmers' protest. The Punjab assembly elections will be fought on the basis of merits and development issues.