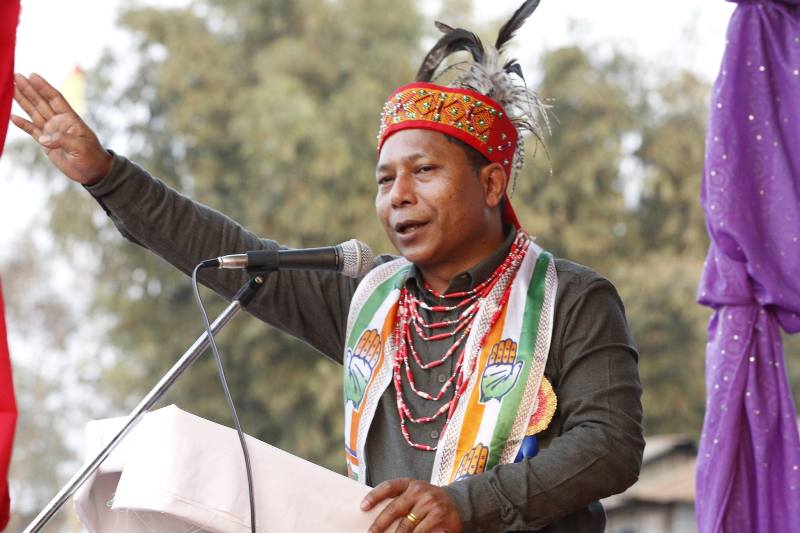 New Delhi/IBNS:  Former Meghalaya Chief Minister Mukul Sangma, along with 12 of the 17 Congress MLAs in the state, has joined the Trinamool Congress, media reports said.

NDTV citing sources said the Meghalaya MLAs have already written to the assembly speaker Metbah Lyngdoh regarding this.

Seen as a huge coup for Bengal's TMC in the northeast, the induction came as the party chief Mamata Banerjee is in Delhi and informed the media about her plans for a united opposition.

On Tuesday, Kirti Azad, former Team India batsman who changed teams from BJP to the Congress in 2019, joined the TMC in presence of Banerjee in Delhi.

In another major joining, Ashok Tanwar, formerly a Rahul Gandhi aide who also served as Congress chief in Haryana till he fell out with the top brass in the state, joined hands with Banerjee's TMC.

Meanwhile, Mamata Banerjee, on Wednesday said there is no meeting scheduled with Congress chief Sonia Gandhi during her visit in Delhi.

Banerjee said, "they are busy with Punjab polls". Later, she added, "Why should we meet Sonia every time? It is not constitutionally mandated."

Banerjee was known to share a good equation with Sonia Gandhi, but it seems it has not extended to the next generation.

The Trinamool chief, who is on an expanding mode after the smashing victory in the April-May assembly elections in Bengal, said she was willing to cooperate in the coming Uttar Pradesh elections.

"If Trinamool can help defeat the BJP in UP, we will go... If Akhilesh (Samajwadi chief Akhilesh Yadav) wants our help we will give," she said. "We have started in Goa and Haryana... but I think some places, let regional parties fight. If they want us to campaign, we will help".