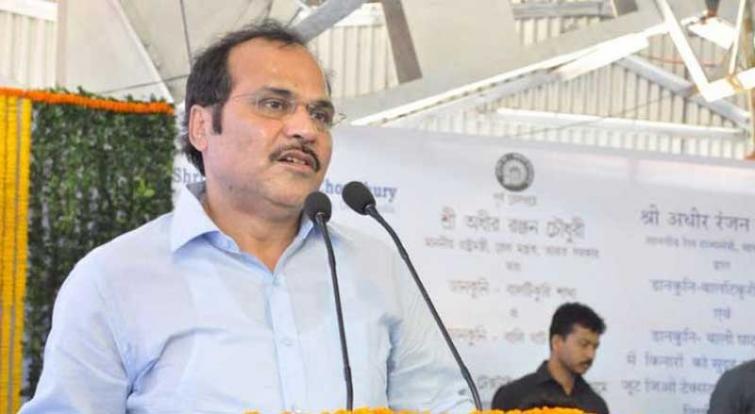 New Delhi/IBNS: Congress leader Adhir Chowdhury Tuesday hit out at his senior party colleague Manish Tewari over his upcoming book "10 Flash Points; 20 Years - National Security Situations that Impacted India" where Tewari opined that the UPA government should have given a tougher response to 26/11 terror attack in Mumbai.

"For a state that has no compunctions in brutally slaughtering hundreds of innocent people, restraint is not a sign of strength; it is perceived as a symbol of weakness. There comes a time when actions must speak louder than words. 26/11 was one such time when it just should have been done. It, therefore, is my considered opinion that India should have actioned a kinetic response in the days following India's 9/11," reads the excerpt in question, which has made Congress deeply uncomfortable.

"He (Manish Tewari) should be focusing more on China that has captured many of our areas in Ladakh and built villages in Arunachal Pradesh," Chowdhury was quoted as saying by news agency ANI.

"He is regaining consciousness now. Why has he not talked about it that time," ANI quoted him as saying.

Manish Tewari was one of the 23 leaders, who signed the explosive letter to Sonia Gandhi last year flagging the deteriorating state of leadership and demanding a complete overhaul in the party's organisation. Sonia Gandhi is yet to respond on the issue.

"After Salman Khurshid, another Congress leader throws UPA under the bus to sell his book. Manish Tewari in his new book slams the UPA for weakness in the name of restrain post 26/11. Air Chief Marshal Fali Major is already on record saying IAF was ready to strike but UPA froze," tweeted Amit Malviya, the BJP's social media chief.

After Salman Khurshid, another Congress leader throws UPA under the bus to sell his book.

Manish Tewari in his new book slams the UPA for weakness in the name of restrain post 26/11.

Union Minister of Parliamentary Affairs and Coal and Mines Pralhad Joshi said, "Manish Tewari is saying the absolutely right thing. Because, during UPA government, approach against terrorism was very weak and loose. I do not want to politicise the issue of terrorism. But, the UPA government never gave free hand to our forces to counter anti-national elements."

Earlier this month, another senior Congress leader Salman Khurshid in his book ''Sunrise Over Ayodhya: Nationhood in Our Times'' drawing a parallel between Hindutva and radical jihadist groups like ISIS and Boko Haram.

Senior Congress leader Ghulam Nabi Azad had also criticized him, saying "We may not agree with Hindutva as a political ideology but comparing it with ISIS and Jihadist Islam is factually wrong and exaggeration".