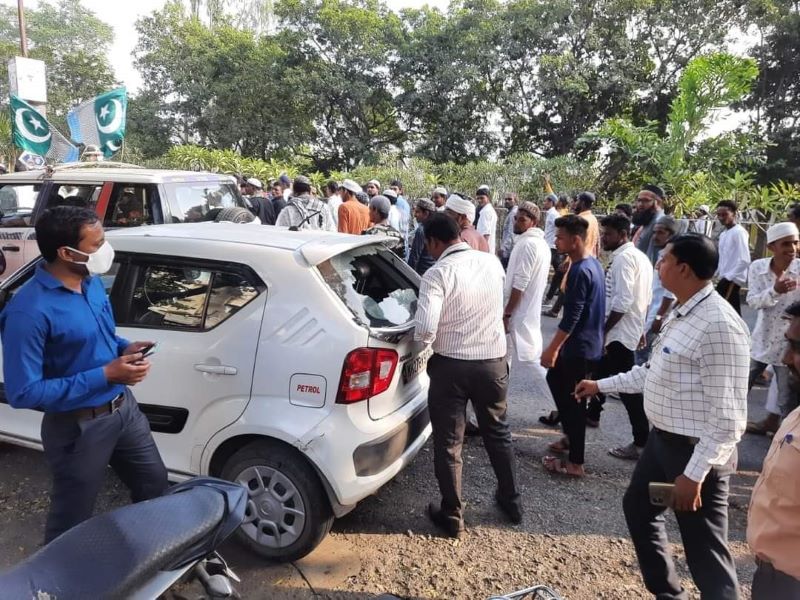 Situation in Amravati under control, no casualties: Maharashtra Home Minister

Mumbai/IBNS: The situation in Amravati is under control, a day after internet connections were suspended, and an indefinite curfew was imposed following two days of violent protests, Maharashtra Home Minister Dilip Walse Patil said Sunday.

Addressing a press conference, the minister also said that no casualties have been reported from Amravati so far.

“We’ll definitely investigate the rallies that were taken out in Maharashtra over the incidents that may nor may not have taken place in Tripura. We will also assess the damages. I’ll tell you more after reports come,” Walse Patil said, according to news agency ANI.

Situation in Amravati is under control. No casualties have been reported in the violence: Maharashtra Home Minister Dilip Walse Patil on recent violence in Amravati

On the alleged role of Mumbai-based Raza Academy, which called the bandh on Friday against the alleged attack on a mosque in Tripura, the NCP leader said the matter would be investigated.

“I can’t tell you today, but we will probe this. Be it the Raza Academy or any other organisation, their motive behind the rallies will be probed,” he was quoted as saying in the media reports.

On Friday, violence broke out in at least three cities--Amravati, Malegaon and Nanded as  Raza Academy took out protest rallies against the alleged incidents in Tripura.

The Tripura Police, state government, as well as the Centre, have all trashed reports of vandalisation of mosques in the state.

On Friday, the Union Home Ministry issued a statement, flagging fake news on violence and vandalisation of a mosque in Tripura's Gomati district being circulated

The situation was brought under control in Malegaon and Nanded, fresh violence was reported from Amravati on Saturday during a bandh called by Bharatiya Janata Party against Friday's violence.

As a result, the Maharashtra Police later dispatched four companies of the State Reserve Police Force (SRPF) and another 125 police personnel to stop the crowd.

Hindustan Times reported that the police resorted to lathi-charge during the BJP’s demonstrations on Saturday, leading to injuries to at least 10 people.