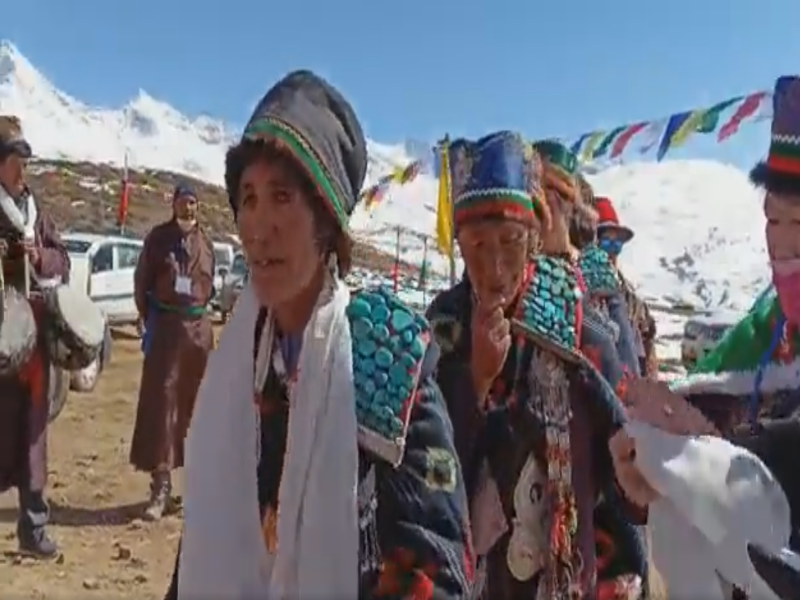 New Delhi: A 100 percent turnout was recorded on polling day on Saturday in Tashigang, the world's highest polling station at a height of 15,256 feet, as people exercised their franchise for the Mandi parliamentary constituency in Himachal Pradesh.

Tashigang is a village in Spiti Valley near the India-Tibet border with just 47 registered voters.

Voters showed much enthusiasm as they reached the polling station dressed in their traditional attires even as the temperatures went several notches below zero degrees to minus 16 degrees, officials said.

To help the voters, a creche was set up for young children at the polling station and food was given to the voters, the officials added.

The village became the highest polling station at the time of the 2017 state Assembly elections as it took the place of the erstwhile poll station Hikkim - at an altitude of 14,400 feet and 160 km away - due to technical reasons, according to officials.

The first voter of independent India 104-year-old Shyam Saran Negi was felicitated when he came to cast his vote at the polling booth.

The bypoll to the Lok Sabha constituency was necessitated by the death of two-time BJP MP Swaroop Sharma. Bypolls were also held to the three Assembly segments of Fatehpur, Arki, and Jubbal-Kotkhai in Himachal Pradesh today.