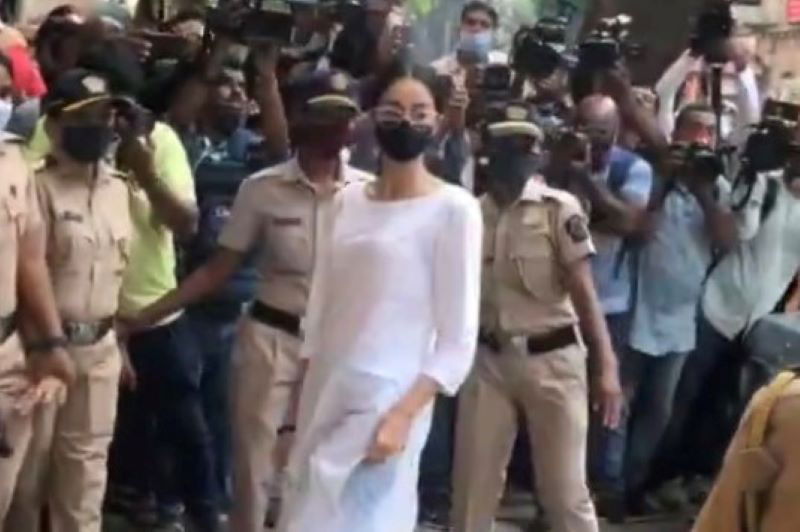 Mumbai/IBNS: Actor Ananya Panday was on Thursday questioned for two hours by the Narcotics Control Bureau (NCB) after the drug agency raided her Mumbai home and also seized her laptop as well as mobile phone in connection with the drugs-on-cruise case in which Aryan Khan and others have been arrested.

Ananya has been summoned again for questioning at 11 AM on Friday.

She was accompanied by her father Chunky Panday, also an actor, to the NCB office.

The 22-year-old actor, who debuted in films in 2019, featured in the WhatsApp chats of one of the accused in the case involving drugs seized during a rave party on a cruise on Oct 2.

However, the anti-drug probe agency said that just because she has been summoned doesn't mean she is an accused.

Shah Rukh Khan's 23-year-old son Aryan was detained by the NCB from a ship off the coast of Mumbai and formally arrested him on Oct 3.

Even as no drugs were found on him, a special court in Mumbai had denied his bail plea stating that his WhatsApp chats appeared to reveal that he regularly indulged in "illicit drug activities".