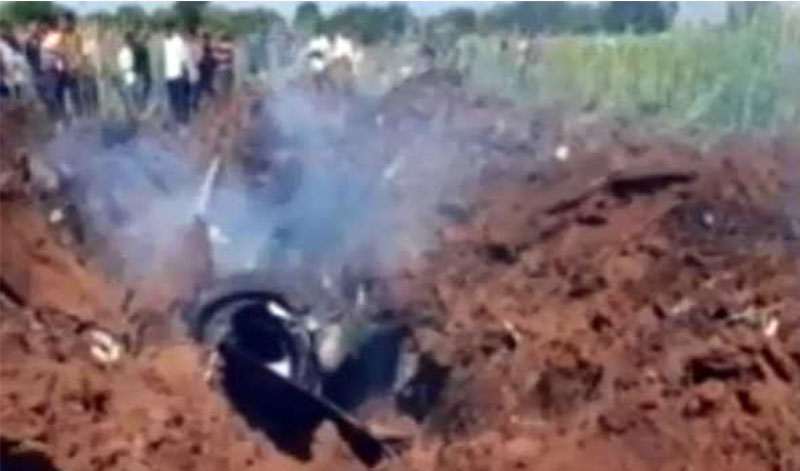 Bhind/Gwalior/UNI: An Indian Air Force Mirage-2000 crashed on Thursday at a farm at Bawedi village in Madhya Pradesh’s Bhind district following a technical snag during a training sortie but the pilot ejected safely.

The multi-role, single-engine, fourth-generation jet fighter had taken off this morning from Maharajpura Air Force Station in Gwalior district.

Police said that debris lies scattered over the area, which has been sealed. IAF officers reached the scene.

Flight Lieutenant Abhilash, who was flying the plane, was rushed to a secure location by police and administrative officials who handed him over to the IAF, which said that a court of inquiry had been ordered into the incident.

According to eye-witnesses, smoke was observed billowing out of the aircraft that began losing altitude rapidly.

After being alerted by villagers, Superintendent of Police Manoj Kumar Singh arrived at the scene.