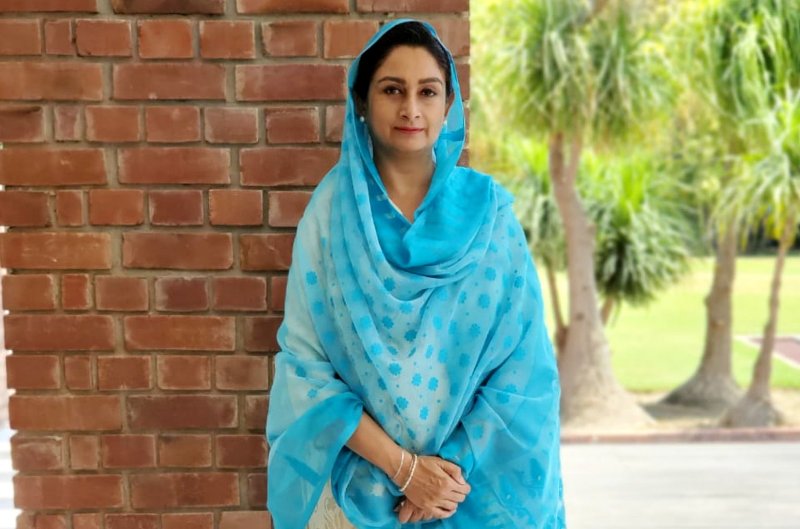 SAD not to ally with BJP that backstabbed Punjab and defamed Punjabis: Harsimrat Badal

Jalandhar/UNI: Former Union Minister Harsimrat Kaur Badal on Wednesday said that Shiromani Akali Dal will not align with any party (indicating the Bharatiya Janata Party) which has backstabbed Punjab and defamed Punjabi besides endangering its agriculture and economy.

Interacting with the media here, she said that she had started getting indications as a union minister that the BJP was not following the coalition dharma and not being true to the SAD.

“Despite this we continued with the coalition for the betterment of Punjab as well as peace and communal harmony. However when we came to know that the BJP was bent upon striking against the farmers of Punjab we chose to sever our decades old relations with the party and quit both the ministry as well as the NDA alliance,” she said.

Taking a jibe at the working of the new Punjab Chief Minister Charanjit Singh Channi, the SAD leader alleged that Channi was also following the path of his processor Capt Amarinder Singh, who connived with the Union Government over certain issues and now it is Channi who had paved way for the centre to extend the area of operation of the BSF from 15 km to 50 kms from the Punjab borders.

"This would result in bringing our major shrines including Sri Darbar Sahib, Durgiana Mandir and Ram Teerath under the central purview besides ten districts of the state to be under the direct control of the Centre," she added.

The former union minister said by doing this Channi had weakened the cause of federalism and created the ground for increased central control over Punjab.

Replying to a query about the brutal killing a Dalit labourer at the Singhu border by some Nihangs, she said that her party had always strongly condemned any incident of sacrilege, a thorough probe should be conducted into the entire case after new revelations.

“It has been revealed that the deceased was a labourer and drug addict without any known sources of income. How he reached Singhu needs to be verified. The entire issue could be probed by a sitting judge of the Supreme Court to bring all facets of the case out in the open,” she said.