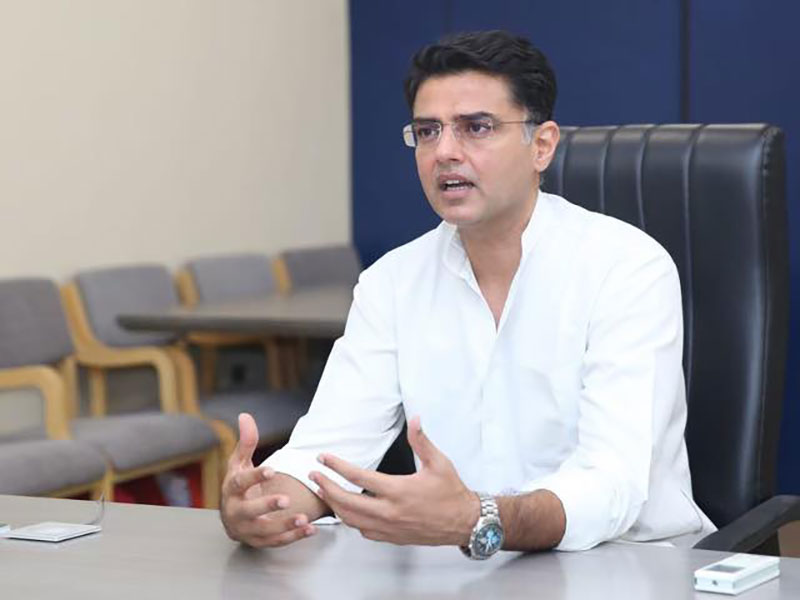 'UP govt trying to hide something': Sachin Pilot detained on way to Lakhimpur Kheri

New Delhi/IBNS: Senior Congress leader Sachin Pilot, who was on his way to meet the families of the farmers killed in Lakhimpur Kheri violence, was detained on Wednesday evening.

"The Uttar Pradesh government is certainly trying to hide something," Pilot said on several political leaders being stopped from going to Lakhimpur Kheri.

The Congress's Rajasthan leader said he doesn't know when he will be released.

"I have just been put here in the guest house. I have been told I can't go," he told reporters.

He landed in Delhi earlier in the day and then left for Uttar Pradesh.

"They are letting others to meet the grieving families, why aren't they allowing us? I just want to meet the families without creating any law-and-order problem," said Sachin Pilot after being detained in Moradabad.

Meanwhile, Congress's Priyanka Gandhi Vadra, released after three days' detention in a guest house in UP's Sitapur, joined her brother Rahul Gandhi and the party team for a visit to Lakhimpur Kheri.

Earlier, Rahul Gandhi had a face-off with the UP police when he landed in Lucknow airport over transport arrangements.

Gandhi, who was accompanied by the Chief Ministers of Punjab and Chhattisgarh, refused to take the route or transport suggested by the police, saying,  "Who are you to arrange my transport? I want to leave in my car."

On Sunday, at least eight people, including four farmers, were killed and several injured after a convoy of three SUVs, one allegedly being driven by the son of Union Minister of State for Home Affairs Ajay Mishra Teni crushed protesters in Lakhimpur Kheri.

The UP government had announced a 'probe' into the incident besides compensation of Rs 45 lakh each to the next of kin of the four farmers.