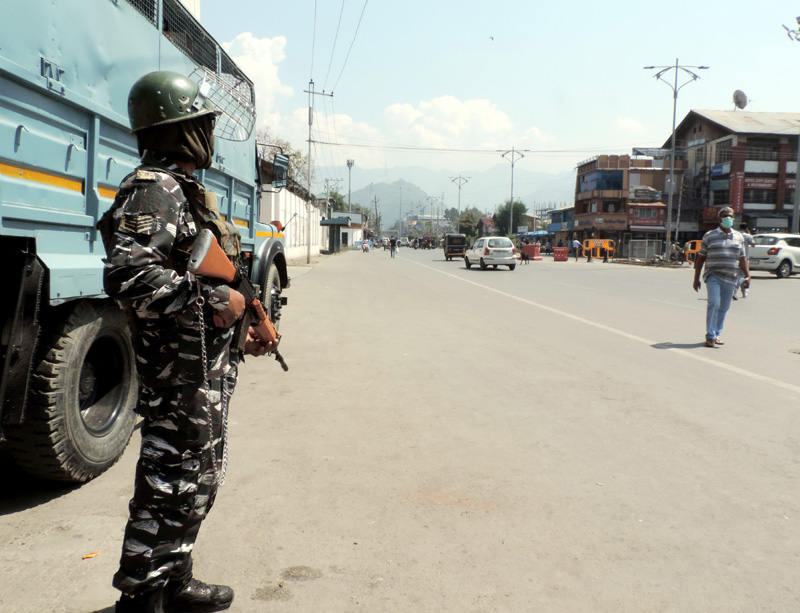 Terror group Al-Qaeda hails US exit from Afghanistan, claims 'enemies of Islam' in Kashmir too

New Delhi/UNI: Terror group Al-Qaeda on Tuesday expressed jubilation over the US exit from Afghanistan, saying it proved that "jihad is the only way that leads to victory and empowerment” and wished the same for Kashmir besides some other places like Palestine.

The globally-proscribed outfit, which has close ties with Taliban, said Afghanistan was "undoubtedly a graveyard of empires and an impregnable fortress of Islam."

In a statement issued after the US completed withdrawal from Afghanistan, Al Qaeda said, "With the defeat of the Americans, this is the third time that the Afghan nation, within a span of less than two centuries, has successfully defeated and expelled an invading imperialist power.

Mocking the US, it said, "The defeat of the American Empire of Evil is surely a sign of Allah in this age and a tremendous source of inspiration for the oppressed of the world."

Congratulating Taliban or the 'Islamic Emirate', especially its supreme leader Hibatullah Akhundzada, Al Qaeda said the victory “has demonstrated what the Islamic nation is capable of when it unites, takes up arms and fights in the Way of Allah to defend its Religion, its sanctities, its lands and wealth.”

It said the "victory" of the Taliban proves that “the Way of Jihad is the only way that leads to victory and empowerment.”

It also said the victory in Afghanistan “shall prove to be prelude to the liberation of Palestine from Zionist occupation.”

It said"Allah" had "liberated Afghanistan from the American occupation" and similarly He should "liberate Palestine from Zionist occupation and the Islamic Maghreb from French occupation...Liberate the Levant, Somalia, Yemen, Kashmir and the Islamic lands from the clutches of the enemies of Islam”.