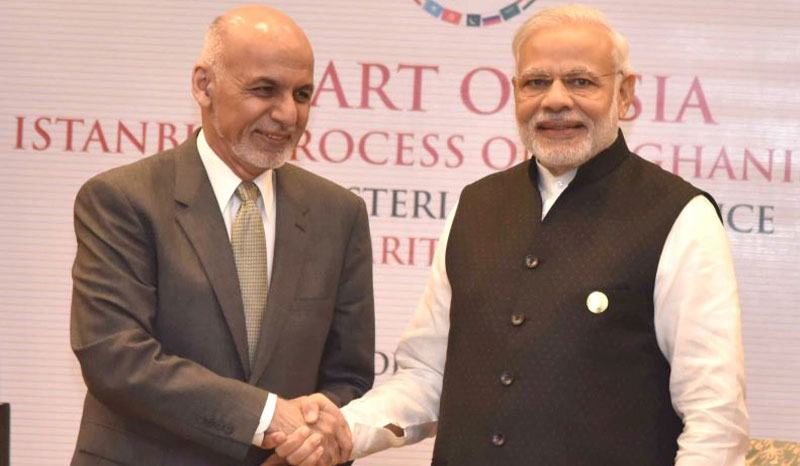 New Delhi/UNI: India said on Thursday it is closely monitoring the evolving security situation in Afghanistan and called for an “immediate and comprehensive ceasefire”, amid the escalating violence engulfing the war-torn country.

Ministry of External Affairs spokesperson Arindam Bagchi, answering queries at a media briefing here, also said that New Delhi will share its vision and perspectives on Afghanistan during Friday’s UN Security Council meeting, being held under the presidency of India, to discuss the situation in that country.

“We look forward to productive deliberations on this important issue,” he said.

Referring to the Aug 3 UNSC press statement on the escalating violence in Afghanistan, he said it “echoes much of what we have been saying”.

On Afghanistan and what support the Indian government was giving, he said India and Afghanistan share a close relationship.

“Our relations are broad based, and cover various aspects, including a strong development partnership. We are also strategic partners, and are guided by the Strategic Partnership Agreement signed in 2011.

“We have been supporting the government and people of Afghanistan in realising their aspirations for a peaceful, democratic and prosperous future, where the interests of all sections of Afghan society, including women and minorities” are met.

“We are closely monitoring the evolving security situation, and we continue to call for an immediate and comprehensive ceasefire. We support an Afghan-led, Afghan-owned and Afghan-controlled peace process,” the spokesperson added.

India’s Permanent Representative to the UN T.S. Tirumurti tweeted on Thursday: “UN #SecurityCouncil will meet on Friday, 6th August, under Indian Presidency to discuss and take stock of the situation in # Afghanistan.”

In its August 3 statement, the UNSC had expressed its deep concern at the “high levels of violence” in Afghanistan following the Taliban’s military offensive and called for an immediate reduction in the violence.

It also said the Taliban’s deliberate attacks on civilians and UN personnel may constitute war crimes, and added it does not support restoration of the Islamic Emirate in the country.

The UN body also condemned in the strongest terms the deplorable attack against the UN compound in Herat on Jul 30, in which one Afghan guard was killed and several others injured.

The UNSC members also expressed their deep concern about the reported serious human rights abuses and violations in communities affected by the ongoing armed conflict across the country.

India is holding the rotating presidency for the month of August of the 15-member council. Its two-year tenure as a non-permanent member of the Security Council began on Jan 1, 2021.

India will again preside over the Council in December next year, the last month of its two-year tenure.