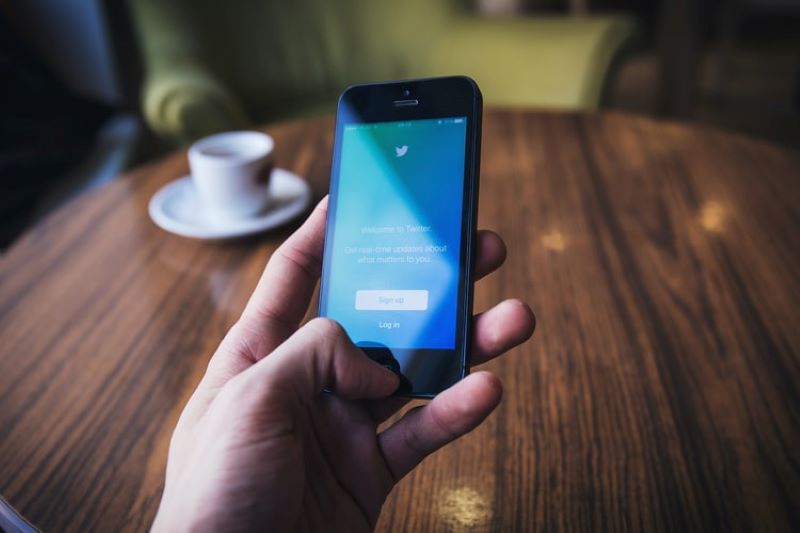 New Delhi/IBNS: In a sharp reaction to the micro-blogging site Twitter, the central government on Thursday said the social media giant through its expression of "concern" in a statement attempted to dictate terms to the "world's largest democracy".

After its offices were raided in India, Twitter on Thursday expressed its concerns about its "employees" in the country, "freedom of speech" and "intimidation tactics by the police".

Countering the micro-blogging site, the Ministry of Electronics and IT issued a statement which states, "Twitter's statement is an attempt to dictate its terms to the world's largest democracy. Through its actions and deliberate defiance, Twitter seeks to undermine India's legal system."

"Furthermore, Twitter refuses to comply with those very regulations in the Intermediary Guidelines on the basis of which it is claiming a safe harbour protection from any criminal liability in India," it added.

If the new #ITRules are going to help in the identification of the source of a message, it will be highly useful for the country as many threats to the law & order could get identified & therefore make social media a safer place which values dignified conversation.

"However, the only instance of scuttling free speech on Twitter is Twitter itself and its opaque policies, as a result of which people's accounts are suspended and tweets deleted arbitrarily without recourse."

The reaction from the government came after a Twitter spokesperson told media, "Twitter is deeply committed to the people of India. Our service has proven vital for the public conversation and a source of support for people during the pandemic. To keep our service available, we will strive to comply with applicable law in India.

Government fully recognises and respects the right of privacy. Ordinary users of WhatsApp have nothing to fear about the new Rules. Its entire objective is to find out who started the message that led to commissioning of specific crimes mentioned in the Rules. pic.twitter.com/VCVYkwiftG

"But, just as we do around the world, we will continue to be strictly guided by principles of transparency, a commitment to empowering every voice on the service, and protecting freedom of expression and privacy under the rule of law."

He added, "Right now, we are concerned by recent events regarding our employees in India and the potential threat to freedom of expression for the people we serve. We, alongside many in civil society in India and around the world, have concerns with regards to the use of intimidation tactics by the police in response to enforcement of our global Terms of Service, as well as with core elements of the new IT Rules.

"We plan to advocate for changes to elements of these regulations that inhibit free, open public conversation. We will continue our constructive dialogue with the Indian Government and believe it is critical to adopt a collaborative approach. It is the collective responsibility of elected officials, industry, and civil society to safeguard the interests of the public."

The visit "was necessitated as we wanted to ascertain who is the right person to serve a notice, as replies by Twitter India Managing Director have been very ambiguous," the Delhi Police told media, calling it a "routine" task.

Television channels' visuals showed Special Cell cops at the Delhi office of Twitter India, which was shut as most employees are working from home in the COVID-19 lockdown.

The row involves BJP spokesperson Sambit Patra's tweet on May 18, shared by several leaders of the ruling party, with screenshots of what he called a "Congress toolkit" aimed at discrediting Prime Minister Narendra Modi as well as the government's handling of Covid situation.

The Congress party had written to Twitter stating the alleged "toolkit" was fake and forged letterheads had been used in the screenshots in circulation.

The opposition party also said it had filed FIRs against BJP leaders who had shared the documents.

The next day, the government sent a stern letter asking Twitter to remove the tag as the "toolkit" as it was still under investigation.

On Monday, the Delhi Police's Special Cell sent a notice to Twitter asking for a clarification on the matter.

Above all, various social networking sites including Facebook and WhatsApp have failed to comply with the rules made by the central government, which is run by the BJP, by the deadline which expired on May 26.

The rules will require the social networking sites to trace the origin of messages sent on the app, appoint a compliance officer in India, set up a grievance mechanism and take down any content within 36 hours of a legal order.

Meanwhile, messaging application WhatsApp has filed a lawsuit in the Delhi High Court against the central government's new digital rules effected from Wednesday.