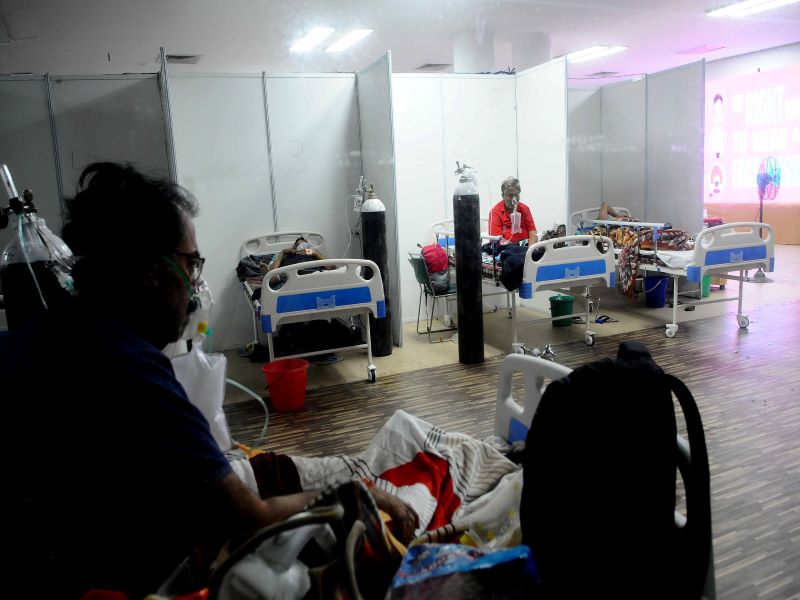 Tirupati/IBNS: Eleven Covid-19 patients have died in the ICU ward of a government hospital in Tirupati allegedly after the oxygen supply to these patients was disrupted for some time, reported media.

The family members have alleged that the oxygen supply was discontinued for about 25-45 minutes which caused the deaths, according to an NDTV report.

The report said that visuals showed the chaos inside SVR Ruia Hospital where doctors and nurses grappled to save the lives of the dying patients.

Chittoor District Collector M Hari Narayanan has said the disruption occurred only for five minutes that caused the pressure to drop, which led to the deaths, added the report.

"The oxygen supply was restored within five minutes and everything is now normal. We have connected bulk cylinders and there is no reason to worry. A major disaster was averted because of quick action by the medical staff," he said, added the report.

Delays in the arrival of oxygen tankers from Sriperumbudur in Tamil Nadu had led to the crisis, he said.

The 1,100-bed hospital has over 100 patients in the ICU, and 400 are undergoing treatment in the oxygen beds.

The report said that about 30 doctors were immediately deployed into the ICU to treat the patients.

Chief Minister YS Jagan Mohan Reddy has condoled the demise of the patients.