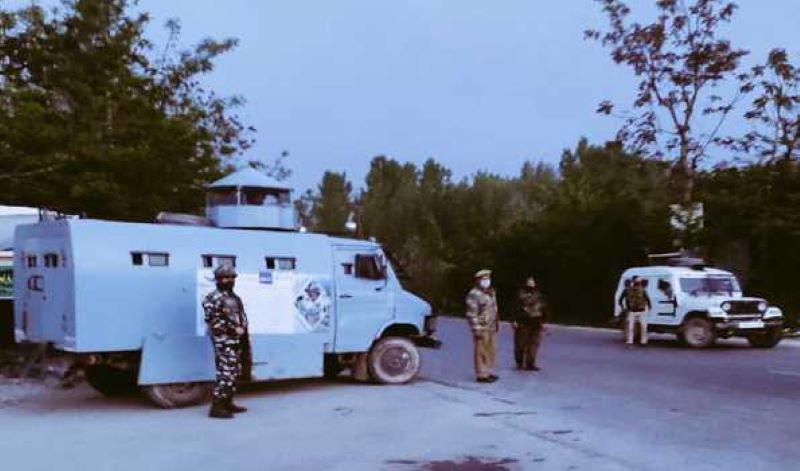 Srinagar/UNI: An encounter on Tuesday was underway between militants and security forces in the apple township of Sopore in north Kashmir district of Baramulla, where a foreign militant, who is involved in killing of two councilors last month, is believed to be trapped.

Inspector General of Police (IGP), Kashmir, Vijay Kumar said a foreign militant, who is involved in killing of two councilors and a policeman last month in Sopore town, is trapped in the encounter.

Official sources said that following specific information about presence of militants, a joint Cordon and Search Operation (CASO) was launched by Special Operations Group (SOG) of J&K police, 22 Rashtriya Rifles (RR) and CRPF at Nathipora in Sopore on Tuesday.

However, they said when security forces were moving towards the target house, militants hiding there, fired at them with automatic weapons.

"The security forces retaliated ensuing in an encounter," they said.

They said that the entire area has been sealed and additional security forces have been deployed in the surrounding areas to maintain law and order.

Two municipal councilors and a policeman were killed on March 30 when militants attacked a building where an Urban Local Body (ULB) meeting was being held in Sopore.

The police later claimed that Lashkar-e-Taiba (LeT) militants carried out the attack.