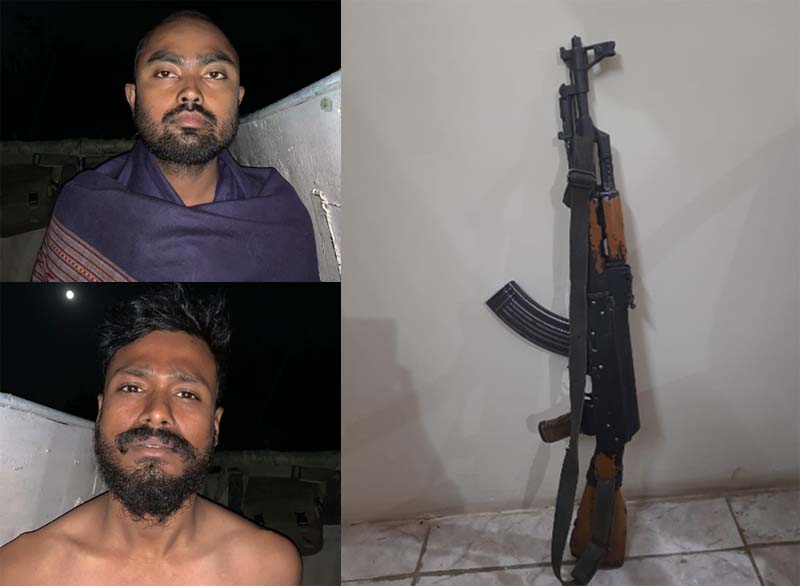 Guwahati/IBNS: The Indian army and Assam Rifles have safely rescued two employees of Oil and Natural Gas Corporation Limited (ONGC) who were abducted by suspected ULFA (I) militants.

A joint operation launched by the troops of Indian army and Assam Rifles rescued two ONGC employees in the general area of Mon district in Nagaland along Assam-Nagaland border on Friday night.

The security personnel had also recovered one AK-47 rifle from the area.

The rescued ONGC employees have been identified as Alakesh Saikia and Mohini Mohan Gogoi.

Three employees of Oil and Natural Gas Corporation Limited (ONGC) were abducted by suspected ULFA (I) militants in the early morning of Wednesday from a rig site in Lakuwa field of Assam’s Sivasagar district.

The abducted ONGC employees including two Junior Engineer Assistants (Production) and one Junior Technician (Production) were taken by a group of armed militants in an operational vehicle belonging to ONGC.

Later, the vehicle was found abandoned near the Nimonagarh jungles close to the Assam-Nagaland border.

The militants had abducted the three employees of ONGC from Romania working over RIG in the Lakuwa area.

The Shillong based Defence PRO further said that operations are going on to rescue the third ONGC employee from the clutch of militants.