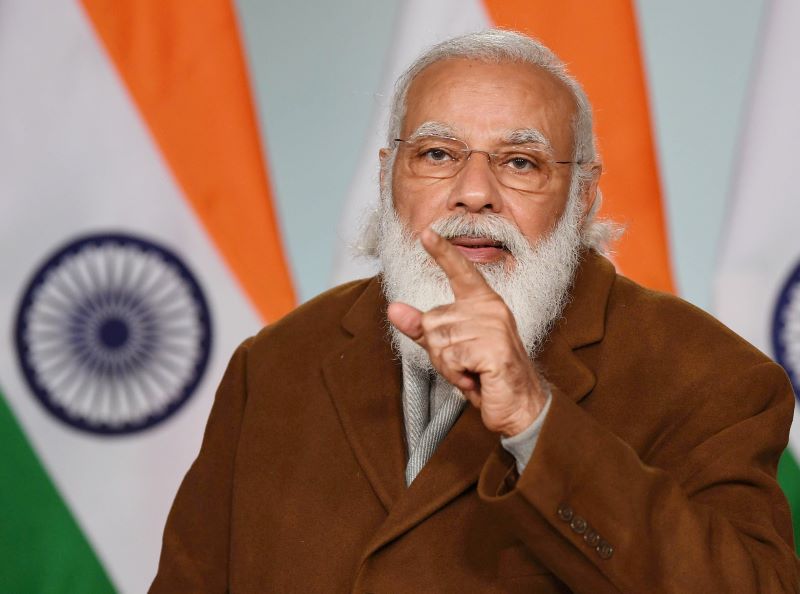 New Delhi/UNI: Prime Minister Narendra Modi will reply to the Motion of Thanks on the President's address at 4 pm on Wednesday in the Lok Sabha, the Prime Minister's Office said.

President Ram Nath Kovind had addressed the Joint Session of the Parliament in the Central Hall on Jan 29.

As many as 18 opposition parties, led by the Congress, boycotted President Kovind's address over Centre's alleged “undemocratic” attitude towards farmers.

The Bharatiya Janata Party (BJP) has slammed the Opposition's move and accused them of "constitutional and moral bankruptcy".

On Monday, the Prime Minister had delivered his reply to the President's address in the Rajya Sabha.