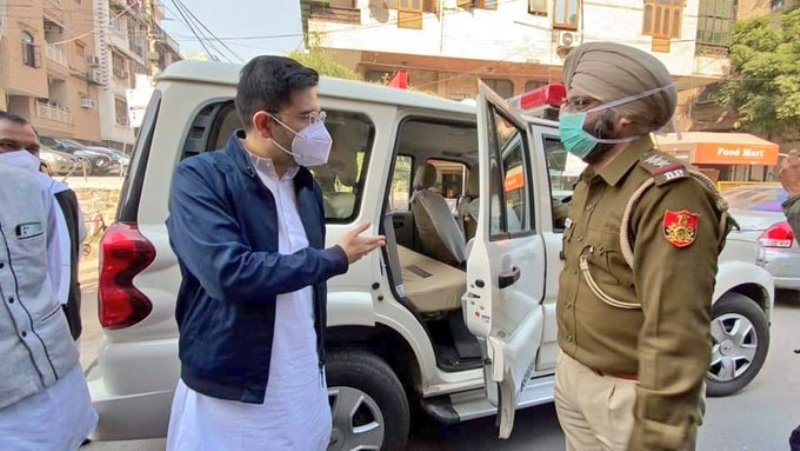 Besides protesting outside Shah's residence, the AAP had announced a demonstration at Lieutenant Governor Anil Baijal's residence demanding a Central Bureau of Investigation (CBI) probe into its allegations.

Earlier, Chadha had sought permission to hold the demonstration.

However, it was denied by the police citing the coronavirus pandemic.

"We in writing informed the police that we will go to Home Minister's house at 11 am. But since early hours, I have heavy police deployment outside my house. The SHO have said in no uncertain terms that if you step out of the house we will be compelled to detain you," the AAP leader told NDTV channel before getting detained.

The AAP has alleged that the North MCD had waived off Rs. 2,457 crores which the South MCD was supposed to pay as rent for using the premises of the civic centre building in central Delhi.

The property officially belongs to the North civic body.