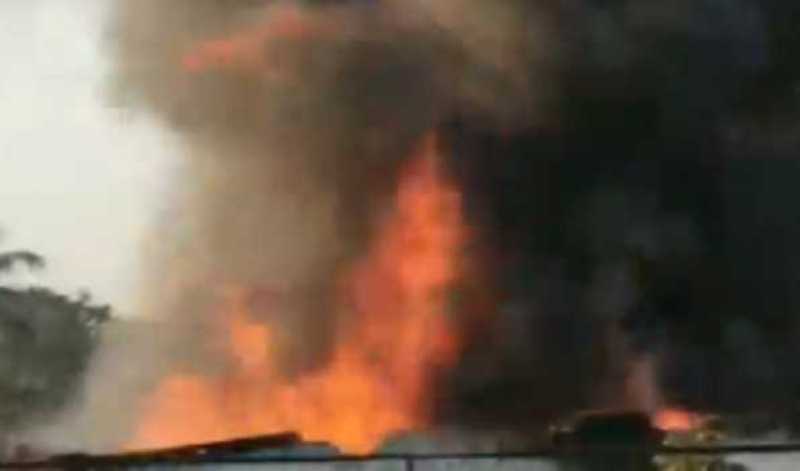 Maharashtra: Major fire breaks out in factory unit in Thane dist, no casualty

Thane/UNI: A major fire broke out on Friday at the Khokha compound on the Kalyan road at Bhiwandi in Thane district, destroying entire stock of cloths and other material in the factory.

The Bhiwandi Nizamabad Municipal Corporation (BNMC) fire brigade sources said that the fire broke out in the unit around 0645 hrs.

Three fire engines of the fire services fought the fire for over three hours and the process of cooling was underway now.

As precautionary measures, those residents around the factory around 40-50 people were taken out of their houses to safer places.

The fire could be seen from long distances and the tin roofs got ripped off and flew in the air due to the fire.

However, there was no casualty so far and the cause of the fire was not known, sources added.