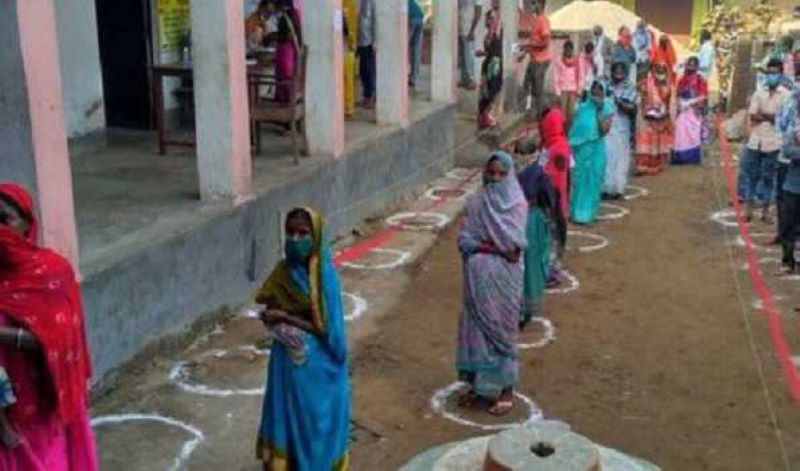 Patna/UNI: After two hours of polling, a meagre 6.74 per cent voter turnout was recorded till 10 am, apparently due to Corona pandemic as in most of 71 seats, polling was in single digit, with highest 19 per cent polling in Kutumba while lowest polling of 3 per cent was registered in Barachatti seat.

Minimum 3 per cent polling was recorded in Arwal seat, he added.

In most of 71 seats, polling did not pick up in the first two hours.

Polling is in progress in six seats in the first phase of Bihar Assembly Elections in Aurangabad district.