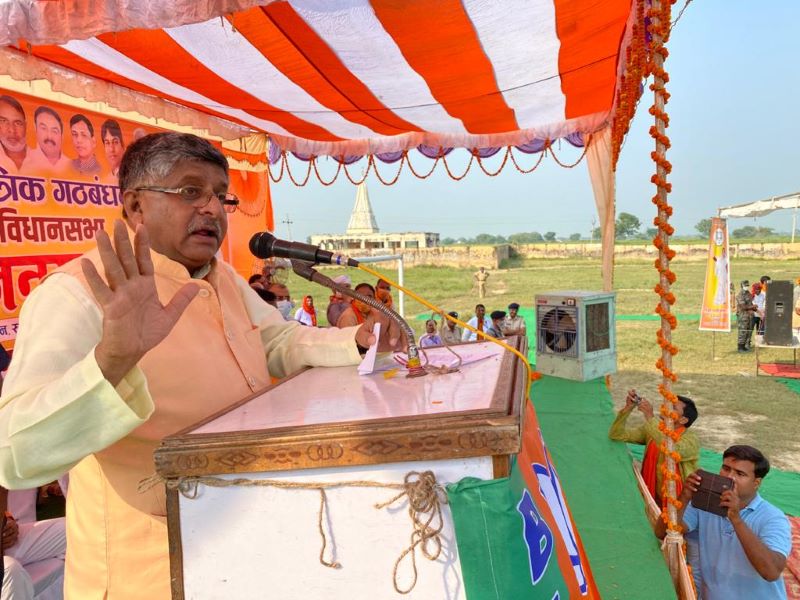 New Delhi/IBNS: Jammu Kashmir's special status under Article 370 of the constitution will not be restored, Law Minister Ravi Shankar Prasad said Saturday, directly negating People's Democratic Party chief Mehbooba Mufti's call for a fresh push on the matter amid the coming together of regional parties of the state under Peoples’ Alliance for Gupkar Declaration (PAGD).

According to media reports, Prasad said Mufti's comment that she will restore the old state flag of Jammu Kashmir was the downright denunciation of the national flag.

The former Jammu and Kashmir Chief had said Friday that she was not interested in contesting elections or holding the national flag until the constitutional changes affected on August 5 last year were reversed, said an NDTV report.

Prasad underscored the proper constitutional process followed in the abrogation of Article 370 while dismissing Mufti's assertions.

He maintained that her comments reflected "serious disrespect to the national flag" and slammed the opposition for maintaining a "stony silence" on the matter which amply proved their "hypocrisy and double standard", said the report.

During a press conference held by Peoples’ Alliance for Gupkar Declaration (PAGD), an alliance of all major regional parties of Jammu and Kashmir, the PDP chief said she would be the first among the leaders to offer blood if required to restore the former status and power of the erstwhile state.

"Even if leaders need to shed their blood for the cause, Mehbooba Mufti will be first to offer it," the PDP chief said today. "We are not comfortable with today's India," she told reporters, said the NDTV report.