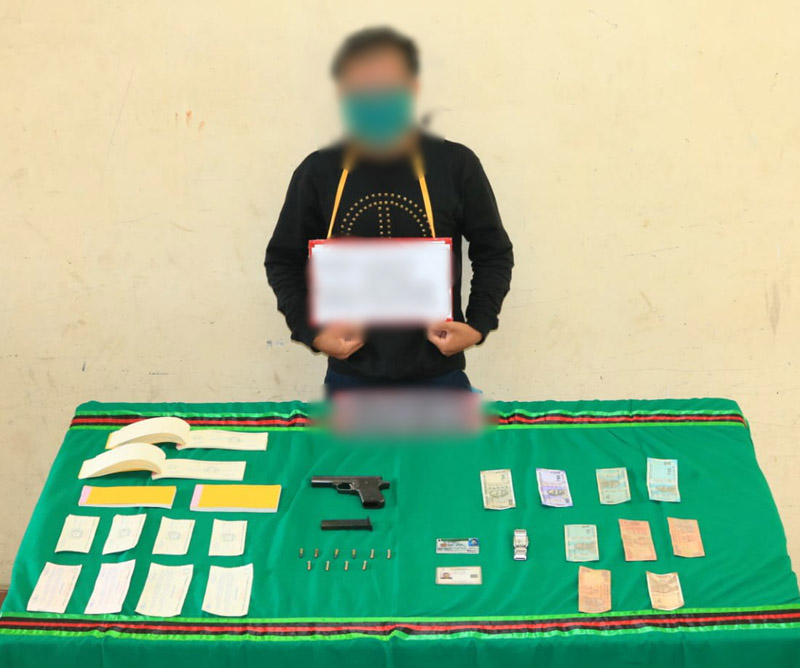 Guwahati/IBNS: The security forces in a joint operation with Police have apprehended a cadre of NSCN (K-Nikki) near 2K Hotel, Officer Colony, Kohima in Nagaland.

Based on a specific input, the security forces launched a joint operation and apprehended the individual from the area. It is suspected the individual was involved in extortion activities on behalf of the Commander of Western Division of NSCN (K-Nikki) in Kohima.

Troops also recovered one Point 22mm Pistol with magazine, ten live rounds of ammunition and other incriminating documents from the individual.

The apprehended cadre along with the recovered items was handed over to South Police Station, Kohima for further investigations.