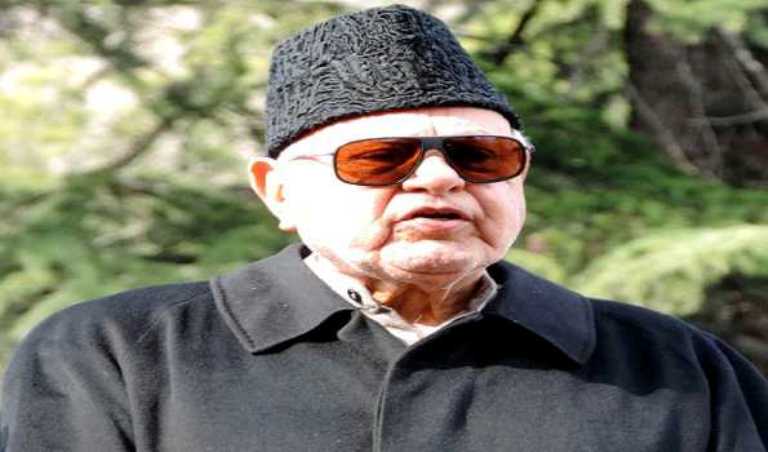 Official sources told UNI that Dr Abdullah, who turned 84 on Wednesday, was again summoned for further questioning in the scam.

This is the second time during this week that Dr Farooq has been summoned by the ED in Srinagar. On Monday he was questioned in connection with the scam for six hours.

The 83-year-old president of the National Conference (NC) alleged that he was not even allowed to take lunch during questioning.

However, all mainstream political parties, particularly signatures of the Gupkar Declaration, now named as “People's Alliance for Gupkar Declaration” described it as a political vendetta for demanding restoration of special status of Jammu and Kashmir.

After his questioning, Abdullah on Monday told reporters that the resolve of the people of Jammu and Kashmir for restoration of Article 370 will continue, even if he (Abdullah) is dead.

Abdullah said, "Let the ED do their job and I will do my job." However, he added that his fate will be decided by the court, when they put up the case there (court).

When a reporter asked if he believed that he was summoned by the ED because of the formation of the People's Alliance for Gupkar Declaration, Abdullah said, "Do not bring the Gupkar into this."

To another question on whether the ED questioning would weaken his resolve to fight for seeking restoration of Article 370, Abdullah said it was not only his resolve, but the resolve of people of Jammu and Kashmir.

The fight for restoration of Article 370 will continue, whether he is dead or alive, added Abdullah.