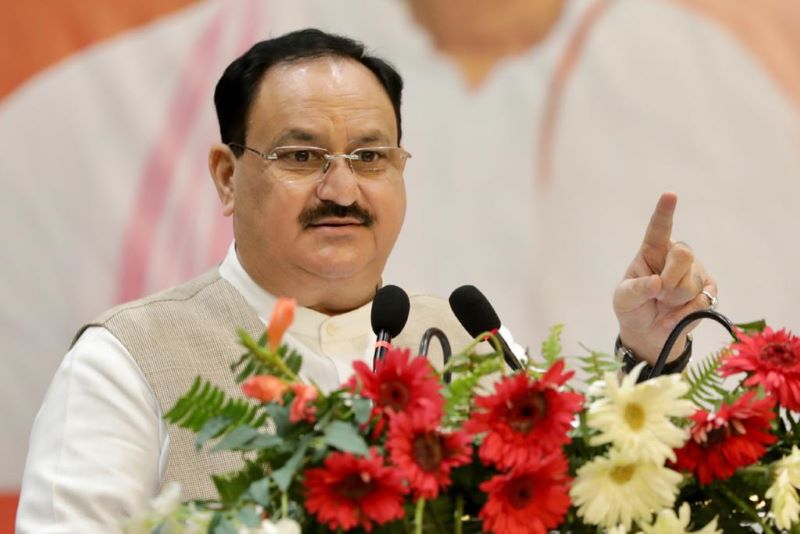 CAA will be implemented once Coronavirus is over: BJP president JP Nadda

Kolkata/IBNS: Bharatiya Janata Party (BJP) national president Jagat Prakash Nadda on Monday reiterated that the controversial Citizenship (Amendment) Act (CAA) will be implemented once the Novel Coronavirus pandemic is over.

"CAA has already been passed. We are framing the rules. The process is bit paused due to Corona (Coronavirus). It will be implemented as soon as Coronavirus gets over," Nadda, who was in poll-bound West Bengal, said.

Besides CAA, which aims to grant citizenship to Hindu, Sikh, Christian, Buddhist, Parsi, Jain but not Muslim refugees who came to India from neighbouring countries Bangladesh, Pakistan and Afghanistan before 2015, Nadda on Monday relaunched his attack on West Bengal's ruling party Trinamool Congress (TMC), accusing it of dividing the society.

"BJP does what it says while other parties ignore all promises for four years and give slogans in the fifth year (last year of a tenure)," Nadda, who was in North Bengal for organisational works, said.

Though the BJP often accuses the TMC of minority appeasement, Nadda during his address on Monday interestingly referred to West Bengal Chief Minister Mamata Banerjee's wooing of the majority community.

"For a long time Mamata Banerjee has hurt the Hindu community but now she has realised the mistake. So she is trying to woo all communities," Nadda said in Siliguri on Monday.

Not sparing Nadda, TMC parliamentarian Derek O'Brien said, "The irony is not lost when the President of the BJP talks about 'divide and rule'. 'Divide and rule' is a ploy learnt from the colonial past and played out deviously every day by your party."

"Over the last six years, your party has done everything it can to 'divide and rule' the people of this great nation," he added.