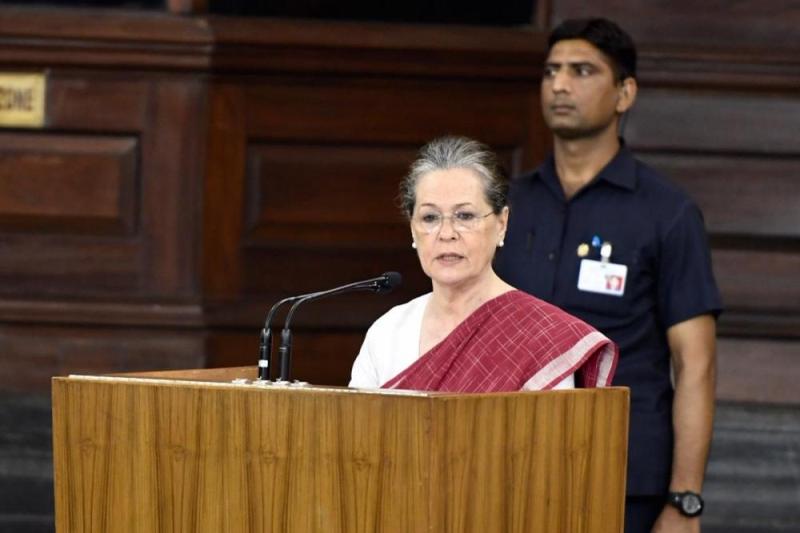 Patna/UNI: Describing Mahatma Gandhi's' ideology as the soul and spirit of Congress, president Sonia Gandhi on Friday said that her party's work plan was formulated in the interest of common people whereas the opposition with vested interest was vociferously speaking about the Father of Nation to take mileage of his works but on the other has unleashed an era of psychological fear and confusion.

Kicking off the party electoral campaign on the occasion of 151st Birth Anniversary of Mahatma Gandhi, Sonia while addressing Gandhi Chetna virtual rally with the slogan "Bole Bihar Badle Sarkar"alleged that the Narendra Modi government has weakened the laws formulated by the Union Progressive Alliance (UPA) government in the interest of common people including youth, women, farmers and other oppressed sections with the sole mission to provide them employment, better health, education and livelihood.

She alleged that the Modi government was directly attacking at the rights of the oppressed class and common people in the name of privatization.

Highlighting the journey of Satyagraha of Mahatma Gandhi from Champaran of Bihar, his Karmabhoomi which established him as Mahatma and Bapu, Sonia said that development of the poor person and those standing at the last leg of the society was the real progress of a nation.

She said that Congress is aware that the nation can progress only with the progress of those reeling at the last leg of society whereas the opposition was concentrating on the development of a handful of people just like only a few people had become affluent with Neel plantation at Champaran against which Mahatma Gandhi had launched his Satyagraha movement.

Keeping in mind the interest of common people Congress always formulated the laws for the common man and strived for the upliftment of poor which was always obstructed by some vested interest parties.