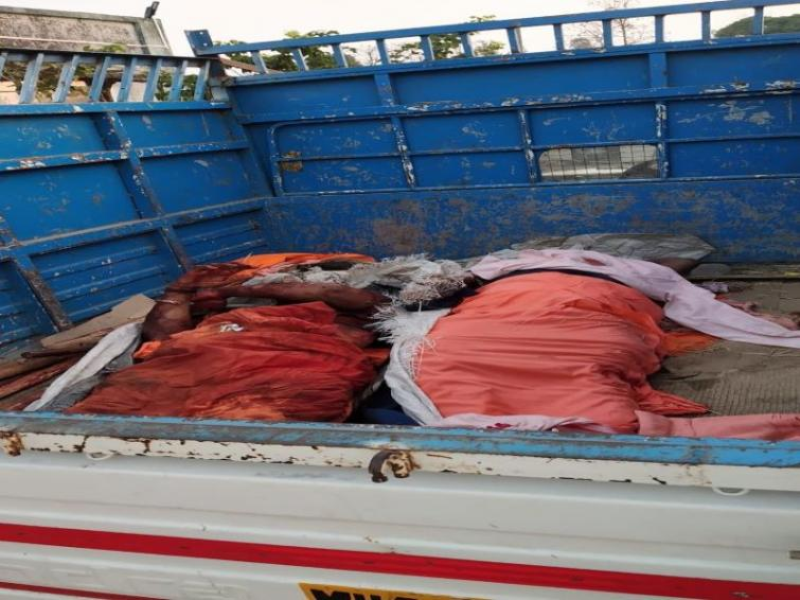 Palghar/IBNS: A local court on Monday granted bail to 28 accused in April 16 Palghar lynching case in which two seers and their vehicle driver were killed. The bail was granted as police failed to file a chargesheet against them within the specified 90 days, said media reports.

The 28 accused were arrested based on first two FIRs for murder or attempt to murder filed in the lynching case.

However, 10 of this group were released on bail while the 18 were sent back to jail as they are named in the third chargesheet filed on August 3 before the Dahanu court on the charges of obstructing police, rioting and attempt to murder, against all the  47 accused, said a Zee News report.

The 28 accused were arrested between April 18-30 last. Among the arrested, who were not named in the chargesheet filed a bail plea which was heard by the court on August 10, added the report.

Police had arrested as many as 154 people in the case which took place late night on April 16 in Gadchinchale village in Kasa area of Palghar.

The victims Sushil Giri Maharaj (35), Chikane Maharaj Kalpavriksh Giri (70) and Nilesh Telgane (30), the driver of their Ford Ecosport were going to Surat from Mumbai for a funeral during the lockdown.

A raging crowd attacked them with sticks, irons rods and fists following rumours that they were involved in the kidnapping of children for extracting their organs, including kidneys.