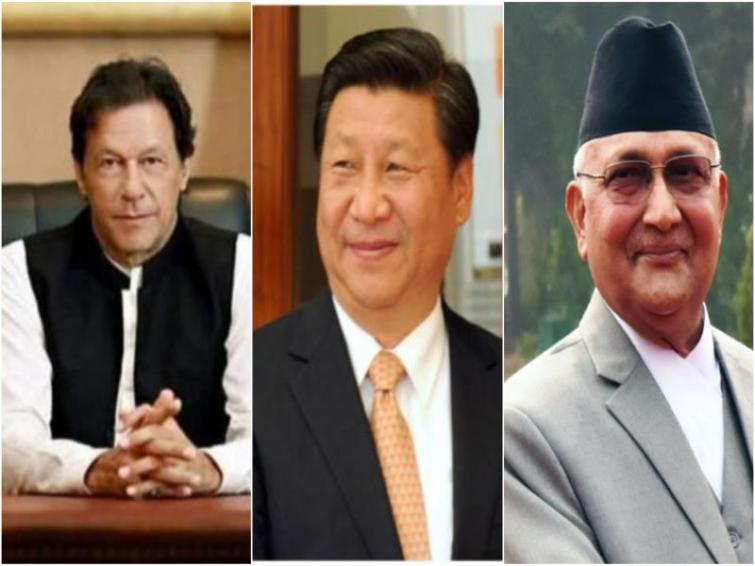 Islamabad/Kathmandu/IBNS: Pakistan Prime Minister Imran Khan has decided to lend a helping hand to Nepal Prime Minister KP Sharma Oli as he faces increased pressure within his Nepal Communist Party (NCP) to step down after blaming India for a rebellion in his party, said a Hindustan Times report.

On Tuesday Prime Minister KP Sharma Oli received a backlash from top leaders of the ruling Nepal Communist Party for blaming India to topple his government.

According to Hindustan Times, Islamabad has sent a formal communication to the Nepalese foreign ministry to fix a time for Imran Khan's phone call to Prime Minister Oli.

Oli at a function recently said: “Plots are being hatched to topple me for releasing the country’s new map and getting it adopted through Parliament."

“Given the ongoing intellectual discussions, media reports from New Delhi, embassy’s activities and meetings at different hotels in Kathmandu, it is not very difficult to understand how people are openly active to oust me. But they won’t succeed," he had said.

However, the remark earned him backlash in his country with former PM Pushpa Kamal Dahal "Prachanda '' slamming Oli for the same.

The House of Representatives of Nepal this month passed the Constitutional Amendment Bill revising the Coat of Arms of Nepal which has included a stretch of land in the mountains that India claims as its own.

Out of the 275 members of Nepal's House of Representatives, 258 votes went in favour of the amendment bill, which was passed by a two-thirds majority.

The area includes the Lipulekh Pass in Uttarakhand and also Limpiyadhura and Kalapani, which are strategically significant areas for India and the country has been guarding since the 1962 war with China.

Meanwhile, Imran Khan's outreach comes at a point when Xi Jinping’s China is engaged in a standoff with India in Ladakh.

While PM Oli's hard push to redraw the political map of Nepal is being viewed as an attempt to whip up ultra nationalistic sentiments to divert attention from his failures and growing dissatisfaction against him within his party, it was also timed to create a dispue with India to serve China's interest.

The HT report quoting a diplomatic source said the flavour of conversation between Khan and Oli would be India.

On Tuesday, Imran Khan accused India of engineering the terrorist attack on Pakistan Stock Exchange in Karachi, which India described as an "absurd" allegation.

Both Pakistan and Nepal also owe a huge debt to China for projects which largely serve the interests of Beijing, according to critics. “China is their common link,” the HT quoted a Kathmandu watcher as saying.

Oli has also managed to survive a rebellion within his party and hold on to his following a Chinese intervention in the past.