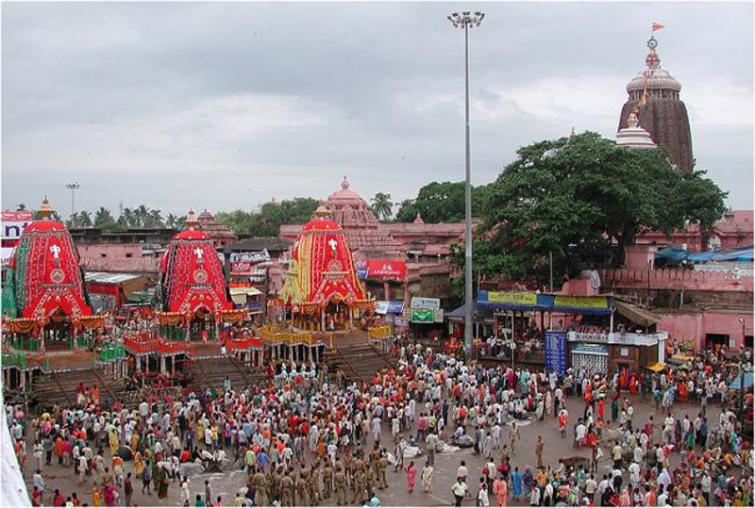 The occasion was scheduled to be held on May 23.

The top court has said Rath Yatra, the religious event where a chariot is pulled, has been stayed "in the interest of public health."

When Solicitor General Tushar Mehta urged the top court not to put a blanket ban on the Yatra and allow the rituals to take place without public gathering, CJI Bobde said, "We have enough experience to know that if we allow any religious activity then there will be a gathering...Lord Jagannath will forgive us."

In a major relaxation in Unlock 1 which commenced on Jun 1, the central government has allowed the reopening of all religious places from 8th of the same month.

The religious places were shut since the first phase of anti-Covid lockdown which began on Mar 24 midnight.

What is Rath Yatra?

This Chariot Festival is an annual ritual of states like Odisha and Jharkhand which  involve a public procession with a wooden chariot having deities Jagannath (Vishnu avatar), Balabhadra (his brother), Subhadra (his sister) and Sudarshana Chakra (his weapon).

Thousands of people flock to Odisha during this time to join the procession at Puri and get a glimpse of the chariot of Jagannath.

The Rathas are huge wheeled wooden structures, which are built anew every year and are pulled by the devotees.

In Puri, the chariot for Jagannath is approximately 45 feet high and 35 feet square and takes about two months to construct.

The artists and painters of Puri decorate the cars and paint flower petals and other designs on the wheels, the wood-carved charioteer and horses, and the inverted lotuses on the wall behind the throne.

The huge chariots of Jagannath pulled during Rath Yatra is the etymological origin of the English word Juggernaut. The Ratha-Yatra is also termed as the Shri Gundicha yatra.

The festival is also celebrated in a grand way in Bengal where ISCON brings out one of the biggest chariots on the streets of Kolkata.