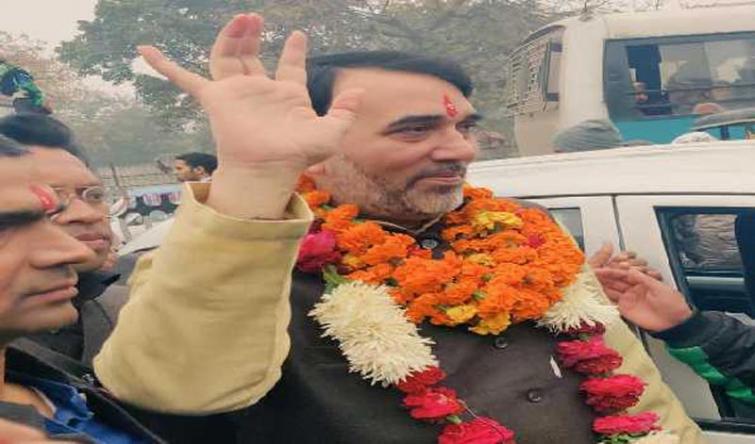 Taking to micro-blogging site Twitter, Delhi Development Minister Rai said, 'I filed my nomination as the AAP candidate from Babarpur Assembly today. Tomorrow, the 'Vikas Yatra' road show will be organised in Babarpur Assembly from 1000 hrs.'

Chadha filed his nomination papers from Rajendra Nagar Assembly Constituency. He visited Gurdwara with his mother and then filed nomination.

'I grew up in Rajendra Nagar. My childhood was spent in the lanes of Naraina and Inder Puri. I understand all the problems of the residents over here. Believe that people will choose me,' Mr Chadha added.

Elections will be held in Delhi on February 8 to elect 70 members of the Delhi Legislative Assembly. The results will be declared on February 11.