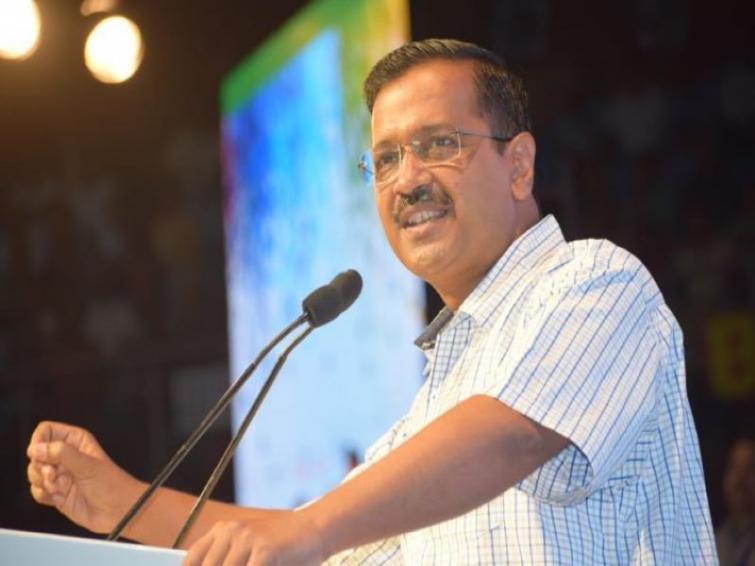 Speaking at the Aajtak Townhall event in Delhi, Kejriwal claimed that the Delhi government schemes allowed every person to avail free treatment, medicines and surgery, an India Today report said.

On Monday Union Minister Hardeep Singh had lambasted the Delhi government for not implementing Central schemes like Ayushman Bharat and Pradhan Mantri Awas Yojana while speaking to NDTV.

Centre's scheme states that people owning a motorcycle or car, mobile phone, fridge and families with income over Rs 10,000 cannot get free treatment, he pointed out.

He claimed that people from neighbouring Uttar Pradesh and Haryana, which are BJP governed states,  where Ayushman Bharat has been adopted, came to Delhi for treatment.

He also described the developmental goals achieved by his government in the state in the last five years.

Delhi will go to polls on Feb 8 and votes will be counted on Feb 11.