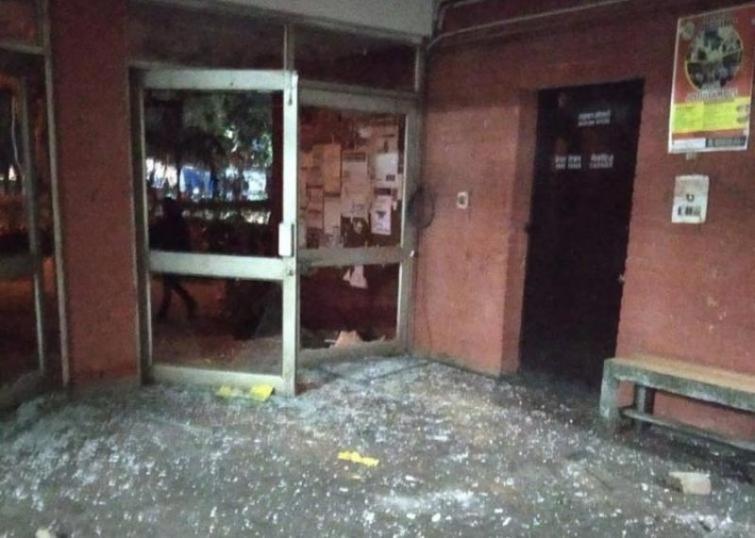 CPI demands action against those attacking at Delhi's JNU

Patna/UNI: Condemning the brutal attack on the students and teachers of Jawaharlal Nehru University (JNU) by the masked mob, the Communist Party of India (CPI) today demanded to immediately book the culprits and institute a judicial probe into the incident.

CPI Bihar state council secretary Satya Narayan Singh said here today that the government should immediately build the conducive atmosphere for teaching in JNU. He said those students who were opposed to the fee hike in JNU were the main target of the attackers who should be arrested immediately. He said that several students including JNU student’s union president I.C Ghosh, general secretary Satish Chandra Yadav were injured in the attack and were undergoing treatment at All India Institute of Medical Sciences (AIIMS).

CPI general secretary D Raja and former member of University Grant Commission ( UGC) and alumni of JNU Yogendra Yadav too were on the target when they tried to visit the campus after the attack, he added.

The CPI leader said that the masked mob who did not spare even the women students residing in the hostels were said to be associated with the Akhil Bhartiya Vidyarthi Parishad (ABVP). The attackers, getting patronage from the power of corridors have adopted the violent path frustrated with their constant defeat, he alleged.

The CPI leader demanded the government to ensure the safety and security of the students and teachers of JNU so that they can take up the teaching work in the fearless atmosphere.