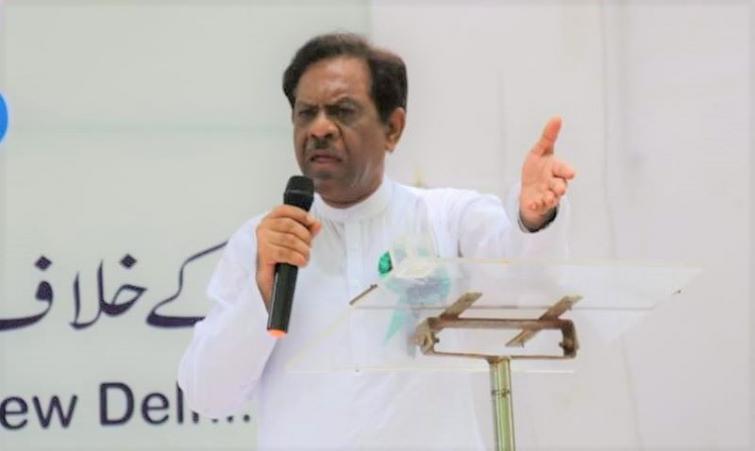 All terrorists are Hindus: SDPI chief Taslim Ahmed Rehmani admits to his 2017 remark

New Delhi/IBNS: Taslim Ahmed Rehmani, the chief of Social Democratic Party of India (SDPI), whose parent body Popular Front of India (PFI) is under scanner for inciting anti-CAA protests in Uttar Pradesh, has admitted to his 2017 remark where he said all terrorists are Hindus, media reports said.

"All Hindus are not terrorists but all terrorists are Hindus. I assure you dear PFI that you are not alone, we are with you," Rehmani had said at an event in 2017. On a Times Now TV debate this week, the SDPI chief has admitted that he had spoken the words.

When a panelist in the debate alleged that Rehmani had referred to Hindus as "kafirs", the latter denied and said he used the word "kufr" and not "kafirs". Kufr means a person who does not believe in the things that are necessary to be believed in Islam "because he covers and hides the truth".

Rehmani's admission came at a time when PFI, an extremist and militant Islamic fundamentalist organisation in India, came under the scanner for allegedly inciting violence in the anti-Citizenship (Amendment) Act protests in Uttar Pradesh.

At least 25 PFI members have already been arrested.