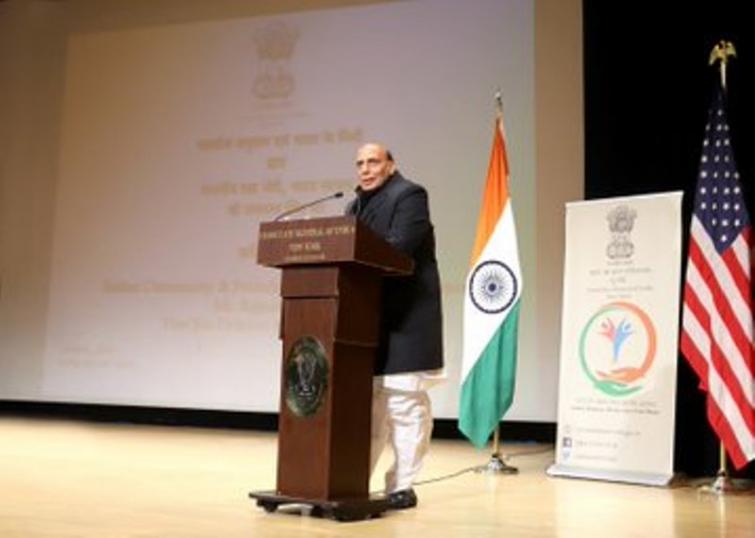 New Delhi/IBNS: Defence Minister Rajnath Singh arrived in New York on Tuesday on his way to Washington for the 2+2 dialogue between the Defence and External Affairs Ministers of India and their United States counterparts.

In New York, he attended a reception for the Indian Community and Friends of India organised by the Consulate General of India at the Asia Society.

Addressing the gathering, Singh spoke about the importance and contribution of the Indian American community and their role in the success of ‘Howdy Modi’ event organised during the visit of Prime Minister Narendra Modi in Houston earlier this year.

Had a wonderful interaction with the dynamic Indian community in New York.

During my interaction I appreciated the contribution of the Indian American Community and also lauded their role in the super success of ‘Howdy Modi’ event earlier this year in Houston. @IndiainNewYork pic.twitter.com/11MY5ZJfoA

He also spoke on the abrogation of Article 370, recent amendment to Citizenship Act and the importance of friendly relations with neighbours.

The Defence Minister interacted with the Indian community and answered questions at length, including on India-US relations and the Indian economy.

The 2+2 dialogue will be held on Wednesday.