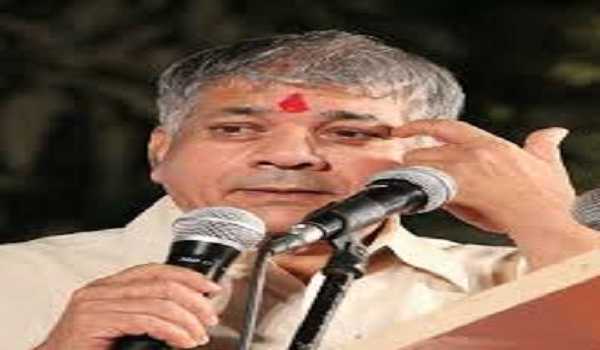 Aurangabad, Oct 15 (UNI) Vanchit Bahujan Aghadi (VBA) chief Adv Prakash Ambedkar said that Muslim community should understand that this assembly election is their last chance to establish of secularism arrangement in the state and appealed them to keep the religion aside and opt secular principal of VBA to fight the election.

Addressing a election campaigning rally in support of his party candidates in different constituencies of the district here last night at Aamkhas Maidan, Adv Ambedkar said that, AIMIM chief Asaduddin Owaisi is gentleman as well as Dr Gaffar Qadri, and criticised his associate without taking name of AIMIM state president and Aurangabad MP Imtiaz Jaleel.

It may be noted that AIMIM which was ally of VBA in last lok sabha election snapped ties with VBA over the issue of seat sharing.

Adv Ambedkar further said that, earlier without Congress and BJP, number of parties came together but it was only for few times, now VBA is one of the secular force emerged in the state. "I am not keeping faith of religion in politics but I am accepting path of secularism as principal in my social carrier", he added.

Congress has used to muslims only for thier vote bank many years which they were already realised but this is the last chance to them to correct their mistake for which they should come with us .

In his long speech Adv Ambedkar criticised the present BJP-SS alliance government and chief minister Devendra Fadanvis for their style of working and giving speeches in election campaigning.

Adv.Ambedkar also suggested congress former president Rahul Gandhi do not raise issues like Rafel and 370 in this election which were not related with state election Because colleges students are ridicule him over his speeches, Adv Ambedkar added.