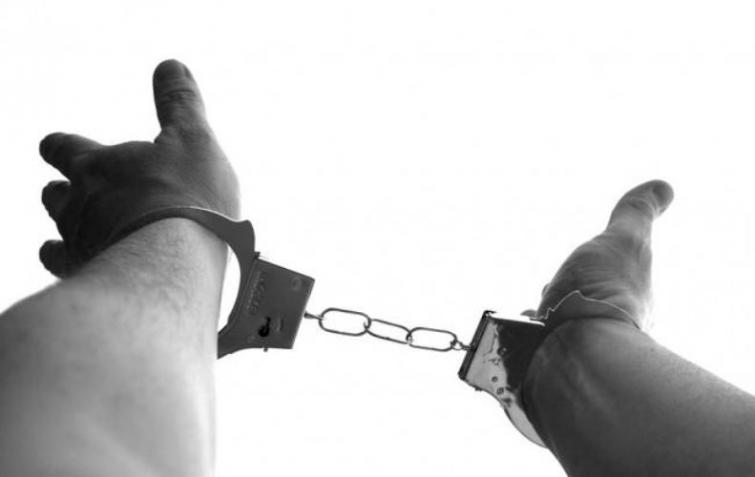 Manipur: Five persons including a Rohingya arrested for involvement in illegal transportation of foreigners

Guwahati, Sept 19 (IBNS): Security personnel arrested one Rohingya with four other persons who were involved in illegal transportation of foreigners in Manipur’s Moreh.

According to the reports, the troops of Assam Rifles arrested five persons including a Myanmar national (Rohingya) with fake Aadhar card near Moreh college on Wednesday.

The arrested Myanmar national was identified as Zaylin Naing alias Abdullah residence of Molpin, Mon state in Myanmar and he was travelling towards Moreh (Indo- Myanmar border town) in a Maruti Omni Van.

The driver of the vehicle, Abdul Rehman, was also arrested for involving in the Transportation of Foreigners illegally as well as for making fake Aadhar card of that Rohingya.

Security personnel also arrested three other persons, who facilitated the movement of the Myanmar national.

They recovered Rs 7.5 lakh cash in possession from them.

On interrogation, they revealed that the fake Aadhar card for the Myanmar national was prepared by the driver on his own name and address. The Myanmar National was coming from Deoband Saharanpur, Uttar Pradesh, after completion of his one year in Islamic Studies.

The driver further disclosed that he had also carried two more Myanmar nationals on Aug 12 from Imphal airport and handed them over to a person named Sanu in Namphalong, Tamu district of Myanmar.

The driver also revealed that he had carried money on six different occasions earlier from Nasir Ahmed from Lilong and handed over to Hanif Ahmad and Mohd Hafizudin in Moreh.