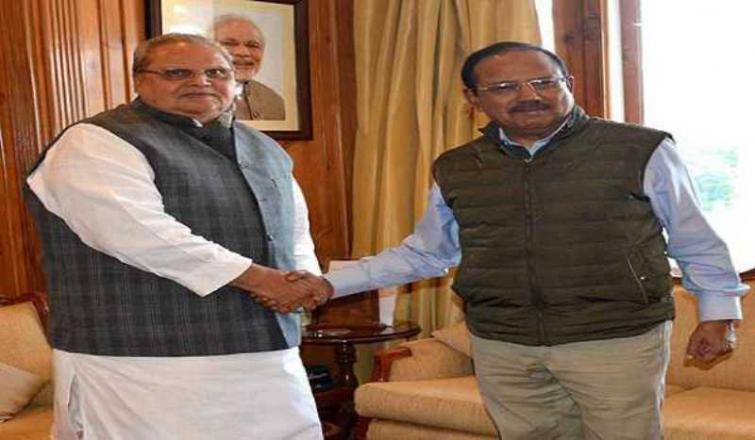 Malik and Doval discussed the prevailing external and internal security situation in the State in the aftermath of developments in Parliament relating to Jammu and Kashmir.

Both of them stressed the need for ensuring the safety of the general public and emphasised constant alertness, preparedness and synergy among various departments to meet any unforeseen situation.

Also the Modi government scrapped Article 35 A and Article 370 which were used to give Jammu and Kashmir a special status.

Article 35A of the Indian Constitution allows the Jammu and Kashmir state's legislature to define “permanent residents” of the state and also provides special rights and privileges to those permanent residents.