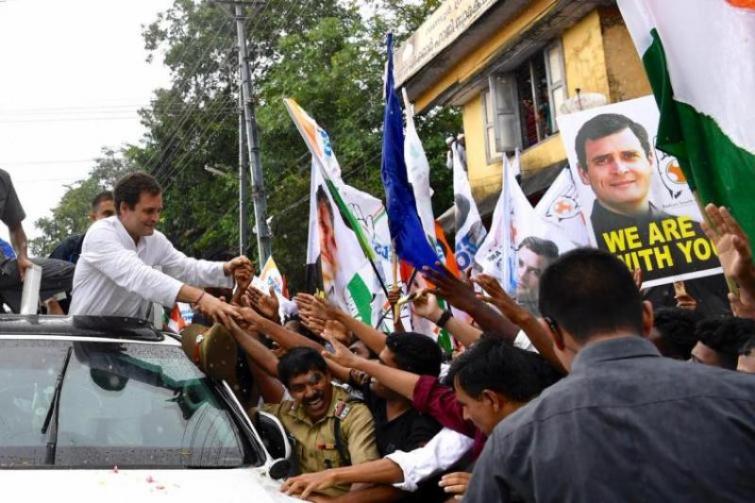 Rahul Gandhi thanks people of Wayanad for voting in his favour

Nilambur, Jun 7 (IBNS): After winning the Lok Sabha polls from Wayanad in Kerala, Congress President Rahul Gandhi on Thursday visited his constituency for the first time to thank the people.

Gandhi is on a three-day visit to the southern state.

Addressing a gathering of supporters, Gandhi said: "It's an honour for me to be the Member of the Parliament from Wayanad."

He said he wanted to thank the voters for entrusting him the responsibility of the constituency.

"I want to thank you all,  and Nilambur in particular for voting in my favour," he said.

"I am happy to be the Member of Parliament representing the people of Wayanad and Kerala," said he.

Gandhi said he would try to listen to the problems of the people of his constituency.

Come rain, come hail, Wayanad’s love and support for Congress President Shri @RahulGandhi are astounding. Here are some heart-warming photos of the locals who came out to greet him even amidst the heavy downpour. #RahulGandhiWayanad pic.twitter.com/xurlRqHzqq

Amethi, earlier a Gandhi family bastion, did not repose faith in him and Irani won the seat by 55,000 votes.

However, Gandhi registered a massive victory from Wayanad in is Lok Sabha polls debut from the seat.