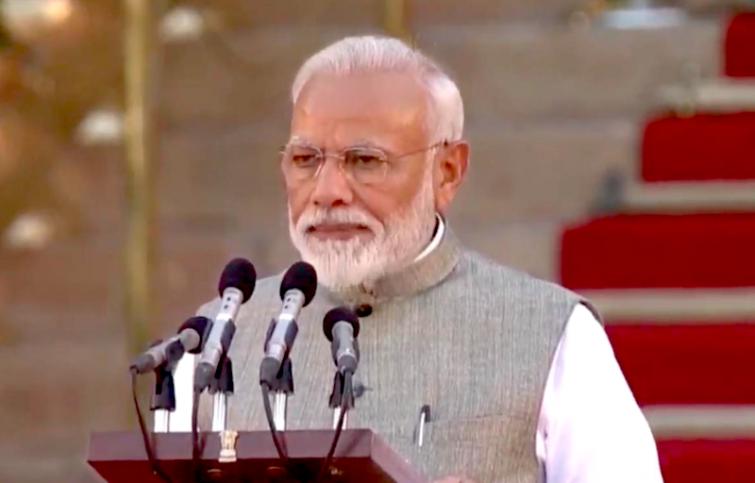 Breaking: Narendra Modi swears in as the Prime Minister of India for second term

New Delhi: A week after registering a landslide victory in the electoral battle, the Hindu nationalist Bharatiya Janata Party (BJP) leader Narendra Modi took oath as the Prime Minister of India for the second term in the presence of some 800 delegates from India and abroad.

Modi, who was appointed to the Prime Minister's Office by President Ram Nath Kovind on last Saturday, took oath at the Rashtrapati Bhavan at around 7 pm. President Kovind administered the oath as Modi became the 16th Prime Minister of India.


According to reports, around 8,000 guests including world leaders, dignitaries, politicians, celebrities and industrialists are attending the occasion.

The swearing-in ceremony is being attended by Congress president Rahul Gandhi and UPA chairperson Sonia Gandhi among others.